WOODHAVEN, Mich. (FOX 2) - The animal control officers who rescued Hope can't even believe how far she's come. At 1:30 p.m. Sunday on Harold Road north of Eureka in Taylor - a woman tossed her into a field - like garbage.

"We got there and it was laying in its feces, covered in flies," said Lanny Hall, Taylor Animal Control supervisor. "She actually looked like she was dead."

The animal control officers who rescued Hope can't even believe how far she's come. At 1:30 p.m. Sunday on Harold Road north of Eureka in Taylor - a woman tossed her into a field - like garbage.

A neighbor called Taylor police for help, she told them a woman in a silver sedan with no license plate threw a blue bin into the field - leaving the animal with a broken back, broken ribs and a broken hip. She can't even walk.

"She carried the tote around the car - threw it in to the field, and the puppy flew out of the tote - and she got back in the car and left," Hall said.

The race was on to rescue her. Officers called Dr. Patricia Odette, the mayor of Woodhaven who also runs a program called ARFF - The Animal Resource Funding Foundation. She didn't hesitate to say - save the dog.

Dr. Odette named her Hope - she was stabilized at an emergency vet and transferred to Woodhaven Animal Hospital, where Dr. Lucretia Greear placed her in their hyperbaric oxygen chamber.

Greear operated on her broken hip, she was given stem cell injections and within a matter of days that nearly lifeless puppy - is now on the road to recovery.

"This is so much better - she was lifeless for a while," Odette said. 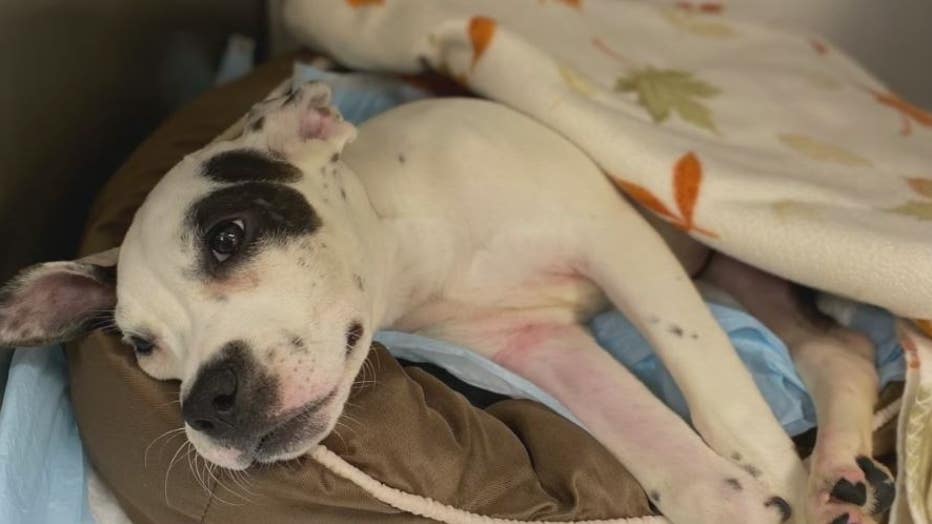 And while Hope gives us all hope, she is the victim of horrible abuse. If you know who owned her or who is responsible for this - please call Taylor police at 734-374-1420.

"That's a serious charge on some people so we'd like to get them," Hall said. "This is pretty bad.

And doctors say she has old injuries and her ribs had been broken before. But now she'll be getting a wheelchair - and they expect she will eventually walk again.

At just nine months old she has lots of life to live and love to give - but it will be quite a while before she's up for adoption.

"We'll let everybody know when she becomes available for adoption and we'll be looking for that right home obviously," Odette said. 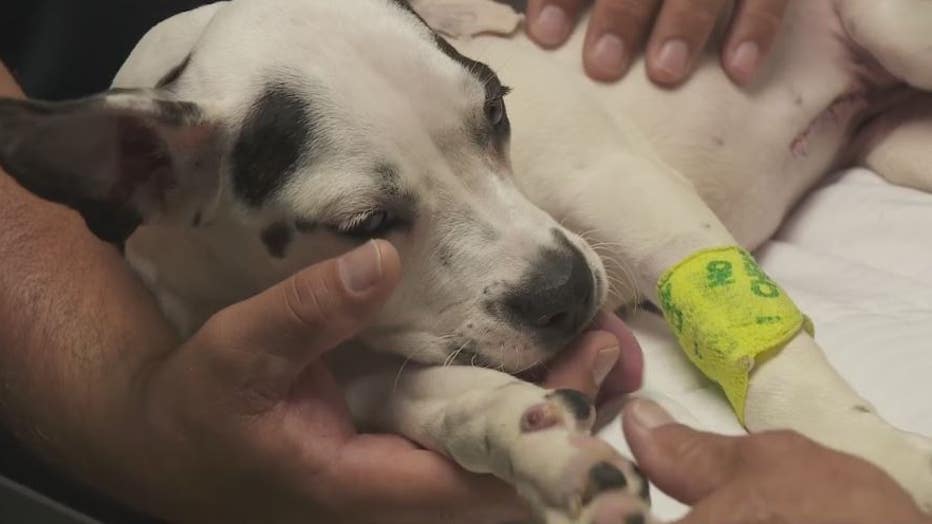 DONATE: To help with Hope's care - or the many other dogs in need - you can make a donation at arffnow.com or the Woodhaven Animal Hospital.