On Michael Fountain's Ring camera, he and his wife received an alert from their doorbell camera - as the frantic driver pounded on their door pleading for help.

Just seconds before – you can see on their Ring camera, her van was stolen.

"She later told us he was armed with a gun, he had a ski mask on and took off in the truck," he said,

She chose the right home to run for help – Michael is Corporal Michael Fountain. A 37-year veteran with Detroit Police Department.

"It's unfortunate it happened but I'm just glad he didn't hurt her," he said.

It was Michael’s house – she was delivering to, and the thief swiped his package as well.

The stolen van was found dumped in the neighborhood near Schoolcraft and the Southfield freeway on Detroit’s west side.

"They stole my van at gunpoint," the driver can be heard saying on the doorbell recording.

He was careful not to show his face – but this veteran…says somebody knows him.

"You can look at somebody's physique if somebody sees it on camera - just like a mother would know her child based on anything," he said.

Detroit police say they’re actively looking for the suspect who got away with several of those delivery boxes after ditching the van.

"Karma comes around," Fountain said. "And the thing is, these guys have to be mindful when you do things like that you're going to have to pay the piper some kind of way." 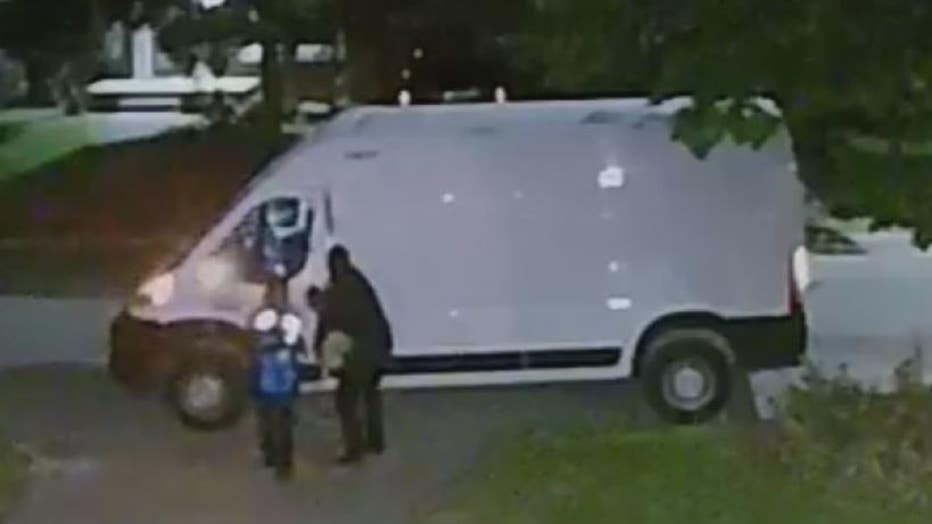 A Ring doorbell camera recorded the carjacking of an Amazon delivery driver.