FOX 2 - An Amazon driver abandoned his delivery truck at a gas station after he says he was pushed to the breaking point.

He took an Uber ride home and left the Amazon truck full of packages to take a stand against the company.

Lancaster recorded a Twitter rant afterwards, which went viral, as he wanted to take a stand against his former employer, Amazon.

"I stepped out of the car and just wandered off," he said.

Then, he posted on social media telling folks exactly where he abandoned the truck at the Marathon station in Southfield.

The truck sat for a while, but was eventually picked up by Amazon. It is unclear if any packages were missing.

Not everyone FOX 2 spoke to, thought it was a good idea. 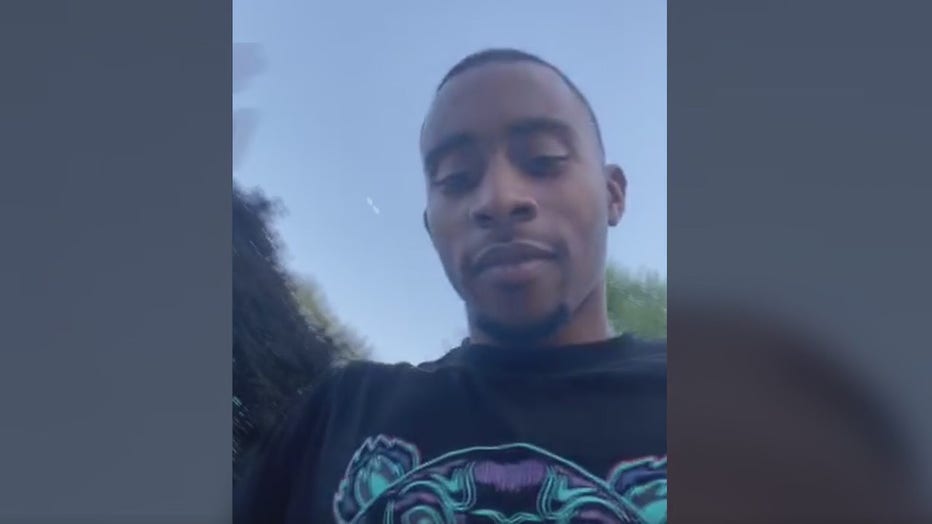 "Be an adult take care of your business, stop being childish and ignorant, maybe, I'm not sure," said one woman.

Lancaster says he was worked too hard, pulling 12-hour shifts every day from 9 a.m. to 9 p.m. delivering sometimes 200 packages.

Lancaster said he earned $15.50 and worked full time with benefits and 401K.

He also earned overtime pay, but adding to his stress was the COVID-19 pandemic and recently, the hot weather. 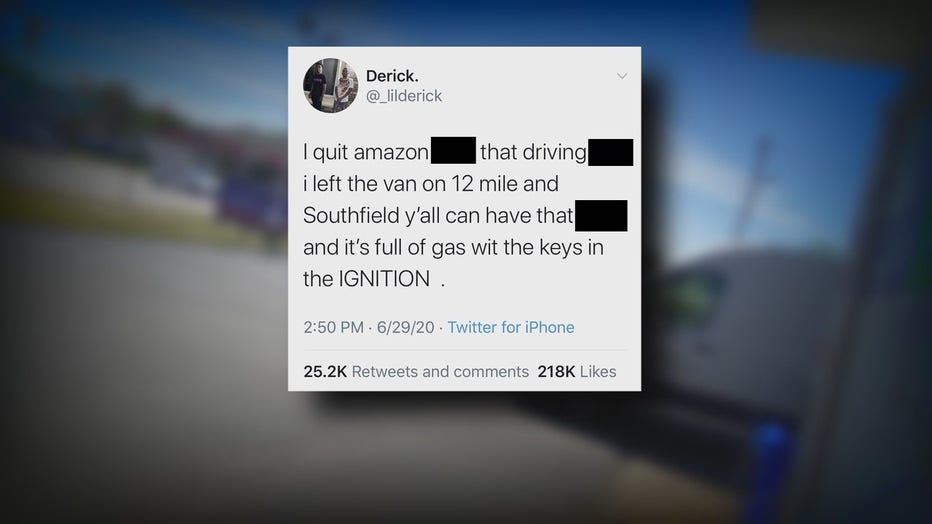 Some teens saw his post on social media and give him credit.

"I think it shows initiative, if I had a company and you're willing to abandon everything for your ideals like that, I would hire him," one told FOX 2. "Maybe not to drive a truck, though."

FOX 2 contacted Amazon’s Oak Park office but have not heard back yet.

"I'm going to see where life takes me," Lancaster said. "I'm 22, I just enrolled in school and I will focus on that."