An Ypsilanti woman wakes up in the middle of the night to find a strange man in her home.

But that intruder is in police custody tonight thanks to some quick actions by her brave neighbors.

A neighbor, armed with a kitchen knife and another neighbor with a sword, rushed to defend their 52-year-old neighbor on Ypsilanti's Sherman Street early Sunday morning.

Police say a man broke into her home and the resident hearing a noise and saw the 47-year-old man standing in the middle of her living room.

She began screaming and alerting neighbors who came to her aid.

Ypsilanti police say the woman's screams startled the man who then ran out and into her car in the driveway. Neighbors say there were stolen items already packed inside.

The woman, jumped in, too and kept hitting the horn and screaming.

"I think she's amazing, ferocious and brave," said the neighbor who wielded a kitchen knife. "I don't think he was expecting to be challenged in what he was doing. And I am very inspired by her.

"It was nice to see that if a neighbor is screaming in the middle of the night and hitting her horn, that there are people who will respond."

"It was beautiful to see her neighbors show up," the one neighbor said. "It was good to see that there are neighbors who will get up and check it out."

The 52-year-old woman from the house pinned the man down on her own as other neighbors held him until police arrived.  The man, arrested on the spot..

Neighbors say he picked the wrong house - and the wrong woman to mess with.

While Ypsilanti police say they don't exactly promote taking these kinds of risks to catch criminals.

Investigators do say they appreciate the neighbors working together -  adding that as a police department, they are proud of them. 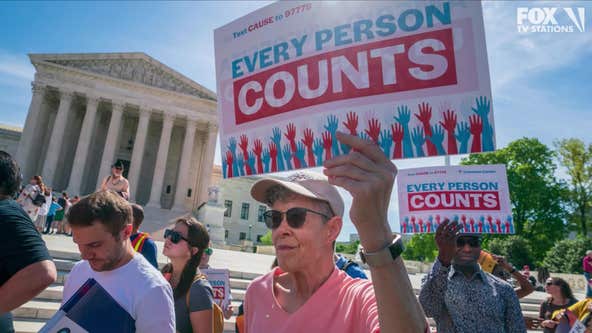