Berkley native Kate Nye won the silver medal when she achieved the best weightlifting results for the United States in more than two decades.

BERKLEY, Mich. (FOX 2) - A Berkley woman's family is beaming with joy after watching her medal at the Tokyo Olympics.

Kate Nye, 22, a graduate of Rochester Adams High School, won the silver medal in weightlifting. Nye began as a gymnast, transitioned into doing crossfit, and eventually started weightlifting. In just five years, she was surpassing all expectations. 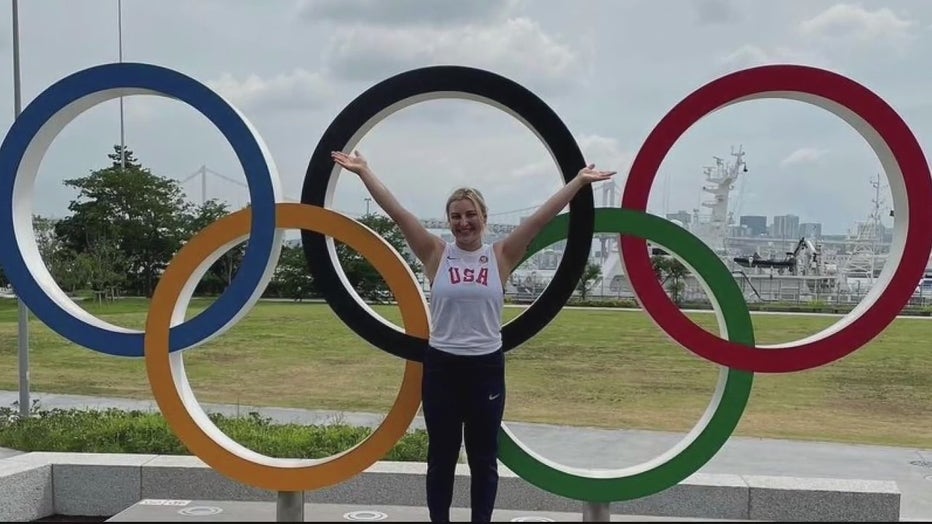 "It was insane. I woke up at 6:50 to watch her," said Brady Vibert, Nye's sister. "It was just a euphoric feeling watching her win. I didn't know what to expect, but I believed in her then she ended up getting the silver. One of the happiest moments in my life watching her do that."

Nye achieved the best weightlifting results for the United States in more than two decades.

"She said she was on top of the world. I know she didn't go to bed until 4 a.m. that day. Maybe a little bit of jetlag but mostly adrenaline, I'm assuming. She was feeling good," Vibert said.

Vibert said his sister also showed courage by opening up about her battle with bipolar disorder and ADHD. Nye has said that without the diagnosis, she wouldn't be where she is today.

"Until recently it's not been a really known subject, about caring for athletes and their mental health until the Simone Biles incident. So, she's kind of trying to raise awareness for that as well," he said.

Vibert said his sister is on her way to meet her husband and mom and dad in Hawaii with the rest of the Team USA weightlifting team.