The next time you go out to a restaurant, see if you notice a change, not necessarily in the food, but in the drink selection. It's sweet - but not in a good way.

If you've been out to eat at a large chain restaurant recently you may notice the menu is a little longer. According to a recent study, beverages now make up one-third of restaurant menus.

A Cleveland Clinic registered dietician says it tells us drinks that have been added to menus are high in calories and sugar.

"They were showing that the options and the diverse choices available on the menu has really increased, which I think is pretty incredible in light of the obesity epidemic and all the research that's coming out about how much sugar impacts our body," Ariana Cucuzza says.

The study looks at the evolution of 63 U.S. chain restaurant menus over a five-year period.

Despite the obesity epidemic that has breached into the U.S., sugary and calorie-filled beverages continue to dominate the menus of fast-food restaurants. A new study from the Cleveland Clinic monitoring the evolution of 63 U.S. chain restaurant menus found beverages now make up a third of those menus. That's not good, said one registered dietician, who is worried the availability of so many sugary beverages could magnify an already troubling trend of obesity.

Researchers measured the levels of calories, sugar, and saturated fats of the beverages. For all newly-introduced sweetened beverages, the amount of sugar increased significantly, while saturated fat actually declined.

The total number of drinks increased by 155 percent, and most of the increase was driven by sweetened beverages.

Cucuzza says the uptick in sweetened beverages is a problem because of how often Americans eat out. Too much sugar has been linked to weight gain, blood sugar problems and increased risk of heart disease.

Cucuzza recommends reading nutrition labels to learn how many grams of sugar the drinks contain, so you can make better choices.

"I really think that making healthier options can be picking things that are unsweetened - unsweetened ice tea, water - flavored waters are really popular now, like the seltzer waters - they're usually available at restaurants as well," she says.

So what can you do if you want to indulge? Just be aware of how many calories you're drinking, because they add up real quick.

Also if you plan ahead, you can make better choices throughout the day. So that means eat a healthy lunch and breakfast to limit the damage.

Complete results of the study can be found in the American Journal of Preventive Medicine. 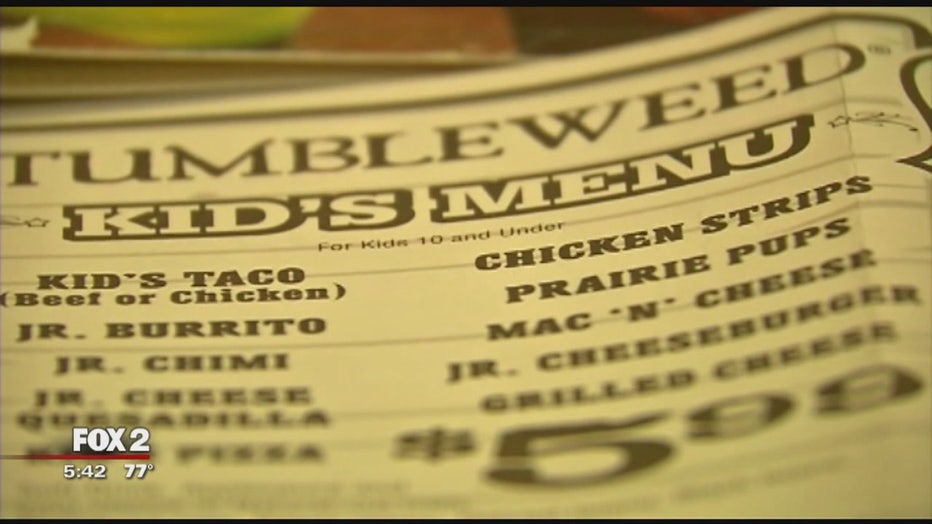