"A nice big rock right through my picture window," Candace said on a Facebook video, surveying damage to her home.

Eddie and Candace Hall of Warren are feeling hurt and disappointed.

But that was the beginning. The couple who lives on Tallman Street in Warren says they love their neighborhood and have displayed a Black Lives Matter sign in their front window for about two months.

"For somebody to take the time to do all this - it doesn't make any sense," Eddie said.

The Hall family found a rock was thrown through their front window, messages of hate scrawled on their cars and tires left flat.

"We heard this hissing sound like pssshhh," they said.

Unsure what it was, Eddie Hall ran outside to take a look.

"He sees some guy across the street behind a car waving like this, like this,"  Candace said. 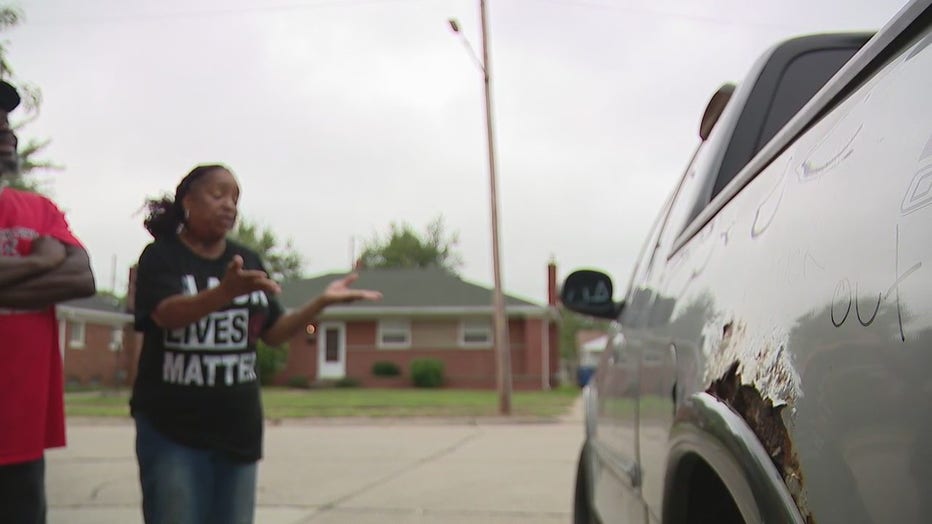 Still confused, Eddie says he went back inside.

"I hear a great big smash. It sounded like gunfire," Candace said.

Hitting the floor and calling 911, the couple realizing their front window had been smashed out.

"And he says all the tires are flat," Candace said.

Eight tires on three cars were slashed. The Halls then read disturbing messages on their truck including "terrorist," "get the F out of here," and a drawing of a swastika.

The couple says this could have been tragic. Their 18-month-old granddaughter often lies on a couch right next to the window. 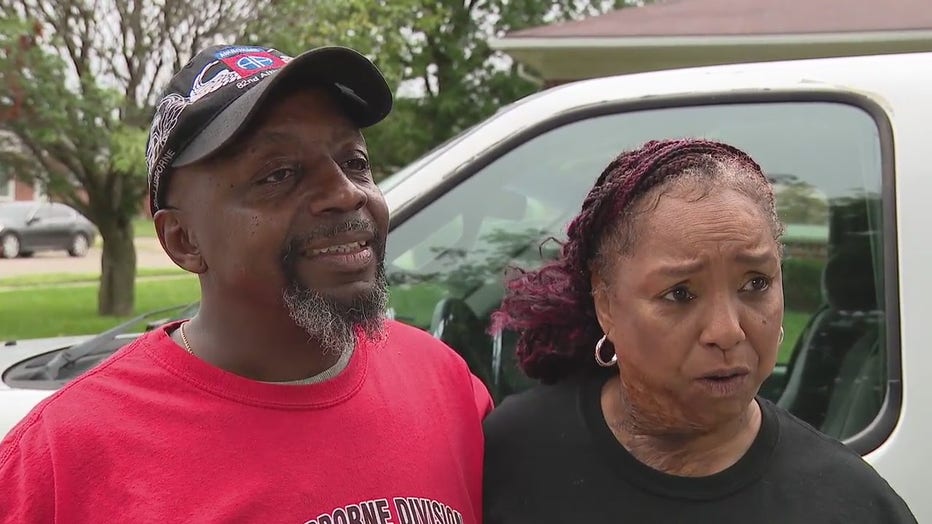 "She could've been covered in glass," Candace said. "She's the next generation. I don't want my granddaughter to have to live with this."

Those nearby were outraged. One neighbor handed over surveillance video to police.

"It's uncalled for. It's ridiculous," said Lori, who lives nearby. "And I would've never thought this would happen in my neighborhood too."

And that's just one of many neighbors stopping by the Hall's home to show their support. 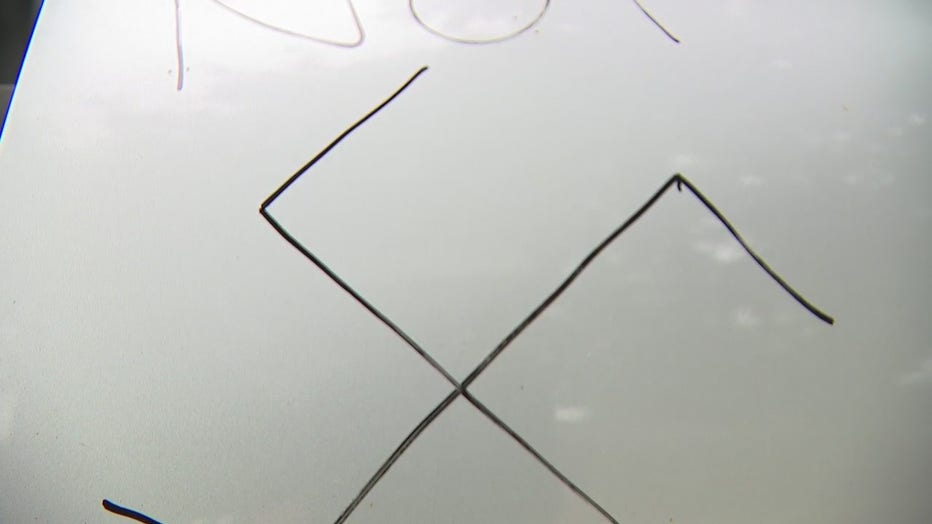 "The mayor's concerned," said Police Commissioner William Dwyer. "I'm concerned. We're going to work on the case but we may need some help. And there could be a reward offered."

But despite all of this, the Halls say they are willing to forgive.

"Love overcomes any hate," they said. 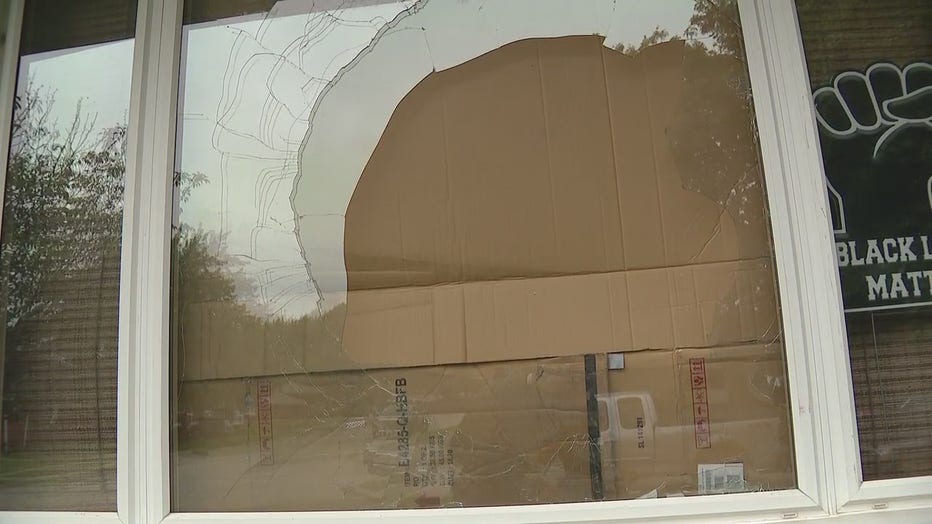