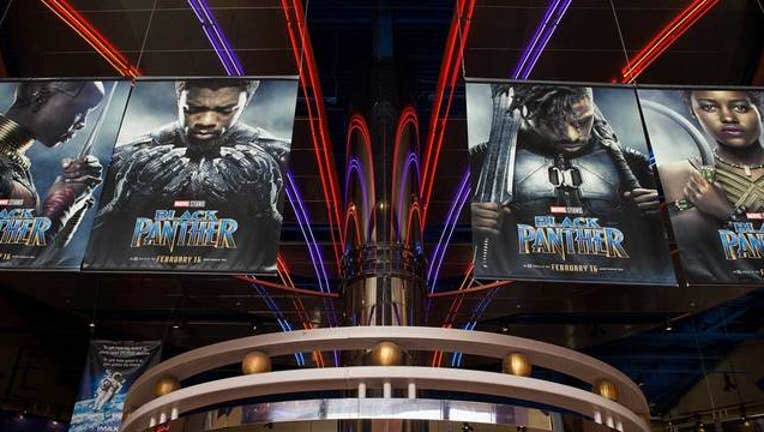 (FOX 2) - High on its award season wins and nominations, "Black Panther" is heading back to theaters for free to celebrate Black History Month.

Disney announced Monday tickets will be available to see the Oscar nominee at 250 AMC Theatres across the country from February 1-7. Disney also said it will give a $1.5 million grant to support the United Negro College Fund.

Several theaters in metro Detroit will have showtimes. You can see a list below.

"We’re proud to provide thousands of free screenings of Black Panther in hopes it will continue to inspire audiences," chairman and chief executive officer, Robert A. Iger, of The Walt Disney Company said in a statement.

This is the second time "Black Panther" has been re-released since it opened in February 2018. For a day in November, it played for free in art house theaters nationwide.

"Black Panther" on Sunday night won best ensemble at the SAG Awards, the guild's top prize. The film, which grossed more than $700 million at the domestic box office, is nominated for seven Oscars including best picture.

The film will be at theaters in several cities in the Metro area, including Auburn Hills, Clinton Township, Dearborn, Livonia, Madison Heights, Southfield, and Sterling Heights. It will also play up in Traverse City and the Grand Rapids area.

You can find showtimes and a theater near you online here. You have to book your tickets ahead of time by entering your email address. Tickets are first come first serve.