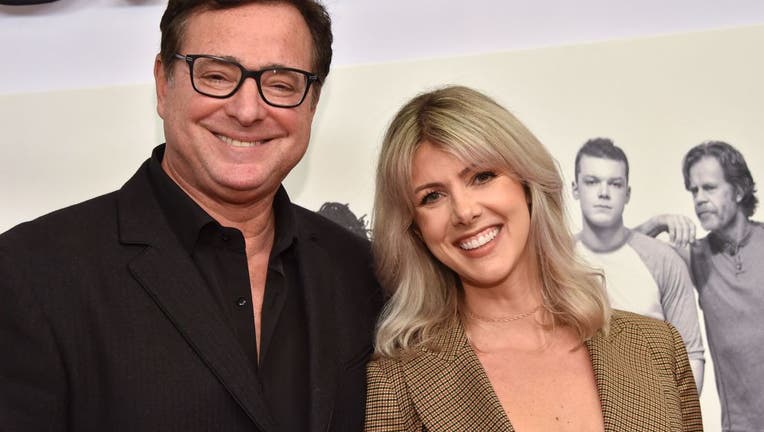 Bob Saget's wife Kelly Rizzo spoke out for the first time since the "Full House" actor was laid to rest Friday.

Rizzo shared a selfie of the couple on Instagram and wrote a lengthy tribute to the late comedian in the caption.

"After much reflection this week, I'm trying, really trying, to not think I was robbed of time. But instead to think: How lucky was I that I got to be the one to be married to THE MOST INCREDIBLE MAN ON EARTH," she began in the caption.

Beloved actor and comedian Bob Saget passed away on Jan. 9 at the age of 65.

"I was the one who got to go on this crazy ride with him and be in his life these last 6 years. We had that time to make each other the happiest we'd ever been nd change each other's lives forever. I got to be the one to love him and cherish him. He deserves all the love. Every ounce of it. Because that's how amazing Bob was. He was love. If you were in his life you KNEW he loved you. He never missed an opportunity to tell you."

"Most importantly. I have no regrets," Rizzo continued. "We loved each other so damn much and told each other 500 times every day. Constantly. I know how much he loved me until the very last moment and he knew the same. I'm so grateful for that. Not everyone gets that."

Saget was found dead in his hotel room in Orlando, Florida, Jan. 9.

The cause of death for Bob Saget might not be released for weeks but sources tell TMZ there are signs pointing to a sudden medical emergency. LiveNOW's Daytona Everett speaks with Joseph Scott Morgan, the former Senior Investigator for the Fulton County Medical Examiner's Office.

The Orange County Sherrif's Department confirmed Saget's death on social media, saying it found no signs of foul play or drug use.

Saget's loved ones, family and friends, gathered Friday as the actor was laid to rest. "Full House" co-stars Lori Loughlin, John Stamos and other celebrities were in attendance.

According to TMZ, around 300 people showed up to pay their respects to Saget.

Rizzo shared a statement regarding the actor's death Monday.

"My whole heart. Bob was my absolute everything," she told Fox News Digital. "I am so completely shattered and in disbelief. I am so deeply touched by the outpouring of love and tribute from our friends, family, his fans and his peers."

"When the time is right and when this news is not as raw, I look forward to sharing more of Bob with the world. Sharing how much he meant to me, all of those around him, and how much all of his fans and friends meant to him as well," the statement continued. "Thank you for respecting my privacy at this time."