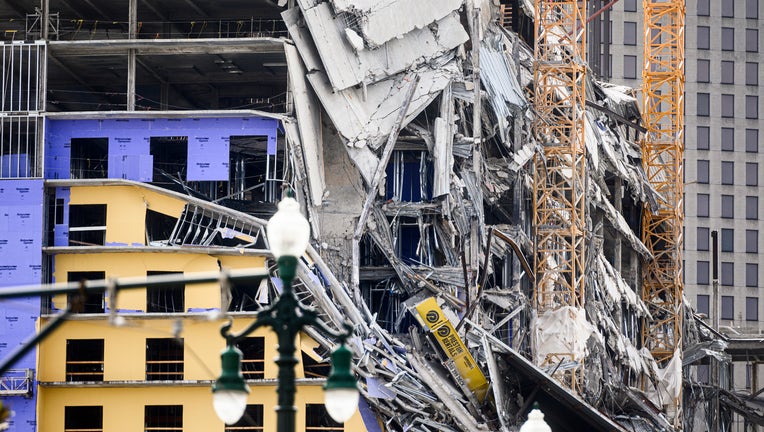 NEW ORLEANS, La. - Officials in New Orleans say the body of a person killed in the Hard Rock Hotel collapse that happened in 2019 has been exposed, after it was initially concealed by a tarp.

The Louisiana city's mayor, LaToya Cantrell, issued a statement on the incident via Facebook.

The body was initially covered up by the tarp, and the remains were exposed because blowing winds shifted the tarp.

"The condition of the building and the altitude above street level complicate efforts to replace the tarp, as they have prevented recovery thus far," Cantrell wrote.

In the same statement, Cantrell advised people against taking photos of the remains.

"It is indefensible, and it is not who we are as New Orleanians," Cantrell wrote.

According to New Orleans FOX affiliate WVUE, only a portion of the victim's body was left exposed.

The hotel, which was under construction, collapsed in October 2019. According to FOX News in November 2019, three people were killed, and the bodies of two of the victims have not be recovered, and remain in the wreckage.