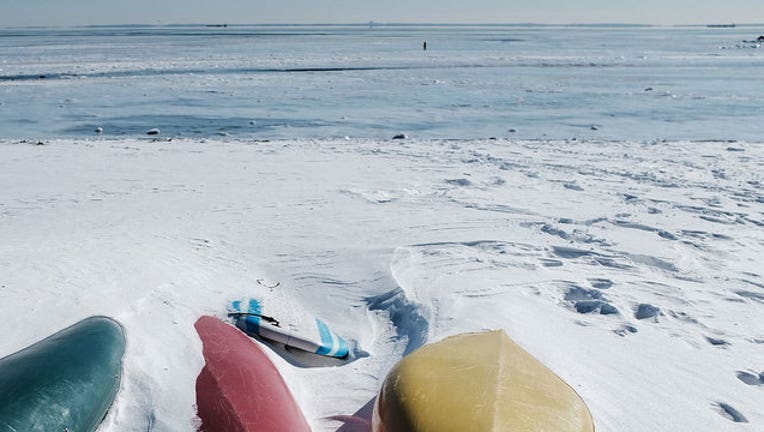 Canoes are covered in snow and ice along Long Island Sound as temperatures continue to stay below freezing in much of the Northeast on January 7, 2018 in Westport, Connecticut. (Photo by Spencer Platt/Getty Images)

BLOOMINGDALE TOWNSHIP, Mich. (WJBK) - A body has been recovered in a frigid southwestern Michigan lake after authorities say a prowler escaped them in a canoe.

The prowler was presumed to have drowned after the canoe he used to escape overturned in Muskrat Lake in Bloomingdale Township, which is about 25 miles west of Kalamazoo.

The sheriff's department says deputies responded Wednesday to reports of a person looking into windows and trying to break into a vehicle.

They followed footprints in the snow and spotted the man coming out of a barn and followed him toward Muskrat Lake, where he got into the canoe. He was told to return to land, but he kept going until the canoe overturned.