Tics and sudden outbursts have burdened a Metro Detroit man since childhood suffering from Tourette syndrome. Tired of not having control, he's now asking for your help to get surgery which could change his life forever.

BRIGHTON, Mich. (FOX 2) - Tics and sudden outbursts have burdened a Metro Detroit man since childhood suffering from Tourette syndrome. Tired of not having control, he's now asking for your help to get surgery which could change his life forever.

One could argue that nothing has been normal for Tomas Vitale. Diagnosed with OCD as well as Tourette syndrome as a child he has uncontrollable tics.

"He can tell you, he pulled all his teeth out when he was a teenager, it was a compulsion," said his mother, Patricia Cagnoli. "Imagine how powerful the brain has to be, for you not to be able to stop something that is hurting you."

"Even something as little as going to a grocery store," Tomas said. "I can’t do (it) because I will say these obscene things that make people uncomfortable and angry, and I’m worried for my safety, because I don’t know how people are going to react."

Tomas has no control over the outbursts and tics.

"There are intensity levels with tics, sorry, from like a two, or from one to a 10," he said.

"He’s 25 and he’s still looking for something that will help him go to school, and get a job," said his mom.

The one thing that could drastically change his life - deep brain stimulation surgery. But it’s not covered by insurance, so Tomas decided to set up his own GoFundMe account in hopes of raising enough money to pay for the surgery.

"I don’t really know how to put it into words," he said. "And it’s just mind-blowing how people just see that and think 'Okay, I’m going to send him money."

At first Patricia was apprehensive about doing the GoFundMe, but eventually, she decided it was a good idea.

Patricia and Tomas live in Brighton. She says she’s been overwhelmed by people in the community wanting to help. 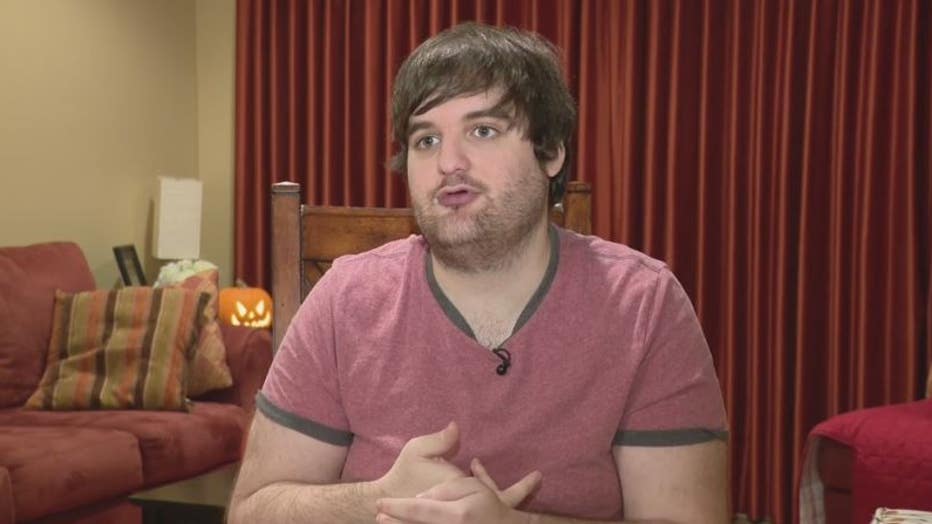 "It’s been hard these past two years at every level, you know?" she said. "Then something like this happens and my faith in humanity gets renewed."