A large fire that tore through a Dollar General store on Telegraph in Brownstown Charter Township could have been a lot worse, the fire chief said after walls kept flames from jumping to other parts of the strip mall it was connected to.

Fire crews are still investigating the cause, but suspect stray cardboard outside the building may have caused it.

No injuries were reported and to the township fire chief's surprise, no damage to other stores was reported.

"Even though it looks massive, it could have been worse," said Brownstown Township Fire Chief Jeff Drouillard.

"The big concern was to make sure it didn't go over the firewall and into the wood structure and all the way down the rest of the strip mall," he added.

Crews suspect the structure caught fire after cardboard that was left outside had ignited. It didn't take long before the blaze had engulfed the entire store. Located at the 19000 block of Telegraph near Sibley, responding firefighters could see flames shooting out of the roof.

In the waning hours of the morning, crews were spraying water on hotspots inside the building before letting everything settle. Once the fire is completely out and no more smoke is seen, crews will enter the building for further assessment. 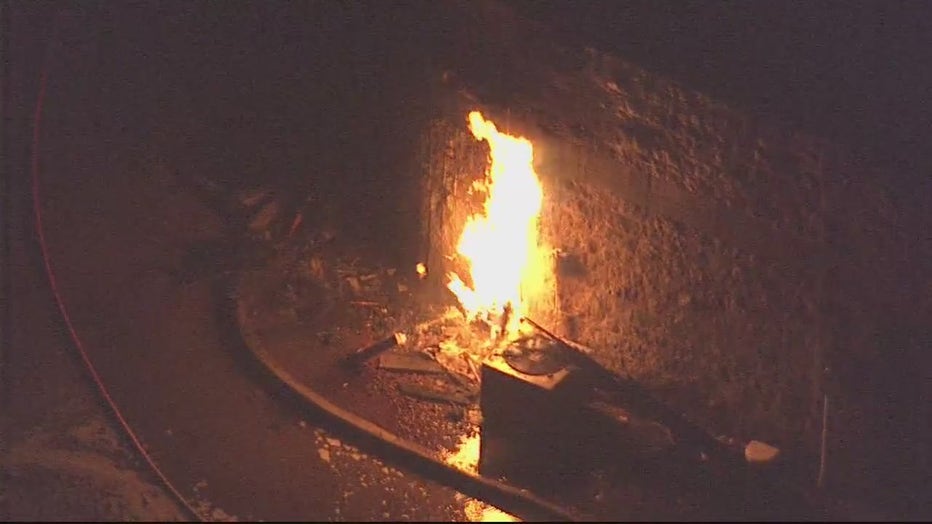 The fire began in the early hours of Thursday before eventually catching the entire building on fire.

The Dollar General was part of a larger strip mall with several other businesses present. However, no other buildings were damaged.