(FOX 2) - What might TL Girlz's single 'Stop Think Listen' be telling us to do? Don't strain yourself in imagining.

Their message is pretty simple, but it strikes at the heart of what too many kids need to hear, but don't hear enough. Bullying is an epidemic that kids across the country experience every day. It comes in all shapes, sizes, forms, and sounds.

TL Girlz, a music group made up of fifth, sixth, and seventh graders are raising awareness of suicide and uplifting others who feel when they're bullied at school and elsewhere.

But for TL Girlz, a Detroit-area singing group, the context of the bullying doesn't matter. What's important is to recognize when it's happening, and when to stand up against it. For the fifth, sixth, and seventh graders embarking on this courageous crusade, it's an antic they have all experienced.

"I thought I wasn't good enough and I thought I had to change everything about me. I'd have to walk different, talk different, act different, but now that I'm in the TL Girlz I feel like I can be myself," said Nella Bishop.

The words the four like to sing are meant to uplift and inspire those around them to stand up for themselves.

"Our message is to show people that are getting bullied to not be afraid," said Zoe Gaddis.

"You don't have to be like everybody else. It's okay not to fit in, it's okay if that girl doesn't like you, if you're getting bullied you can stand up for yourself," said Camille Eman.

By channeling their internal misgivings about the cruelty that many inflict on others, the Bishop, Gaddis, Eman, and Alexis Butler have banded together to celebrate each other's differences, not tear one another down over them. 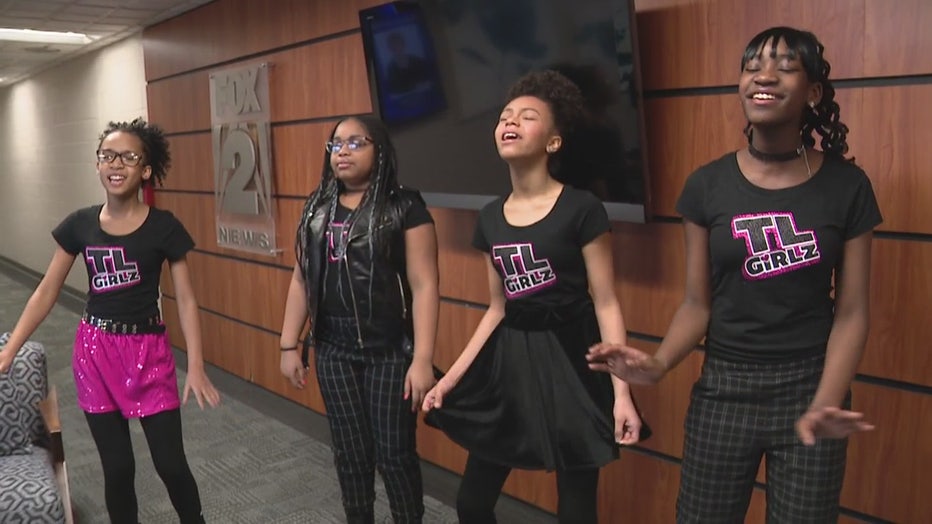 And they need your help along that journey. TL Girlz is filming an anti-bullying PSA this weekend and are looking for other kids to participate. Their hope is to shine a spotlight on stopping bullying and raising awareness of suicide.

"One out of five kids are being bullied and ages 10 to 15 are committing suicide. We would like that to stop," said Butler.