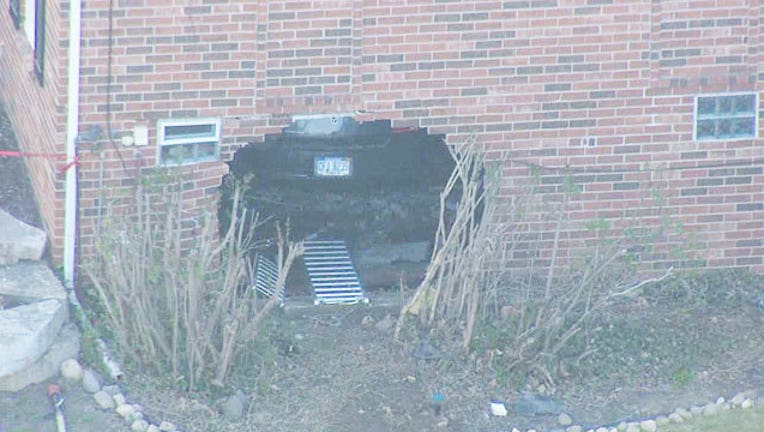 Police and fire personnel are at the scene of where a car crashed into a house, ending up in the basement.

In video captured by SkyFOX, a hole in the side of the house can be seen.

Firefighters walking up to the house were taking pictures of the car's license plate, which can be seen from outside through the hole.

A witness, Chris Thieda, said a man drove across his front lawn and crashed into his elderly neighbor's basement wall.

It is not clear what caused the crash and the extent of the driver's injuries.

Thieda told FOX 2 that the driver was "very pale" and had to be removed from the vehicle by first responders.

He said the homeowner was not injured inside the house.