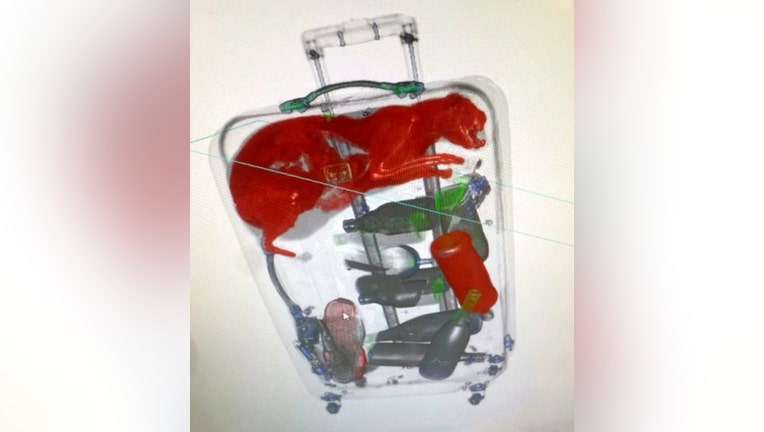 An X-ray machine at JFK Airport revealed a cat inside a suitcase. The cat was alive. (Transportation Security Administration)

NEW YORK - Move over The Cat in the Hat, how about the cat in the travel bag?

A TSA officer at JFK Airport in New York City was shocked to find an orange cat inside a checked bag after it went through the X-ray machine.

A Transportation Security Administration spokesperson said that the traveler told officials at the airport that the cat belonged to someone else in his household and had no idea the cat was inside the bag.

"A @TSA officer was shocked to find an orange cat inside a checked bag at @JFKairport after it went through the X-ray unit," spokesperson Lisa Farbstein tweeted. "On the bright side, the cat's out of the bag and safely back home."

Farbstein later tweeted, "The X-ray machine is this cat's new best friend!" That's because the feline likely wouldn't have survived the flight inside the suitcase in the airplane's cargo hold. 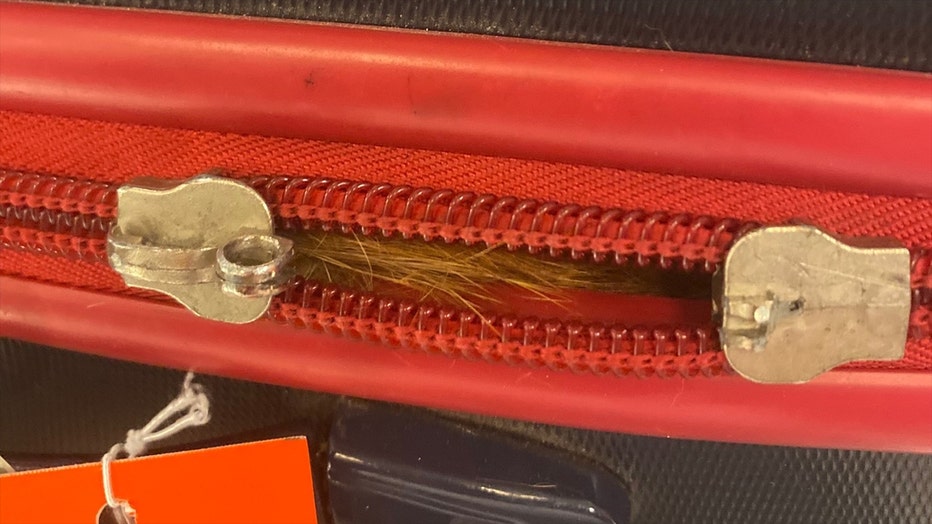 The TSA released a photo of the cat found in luggage.

The TSA's main Twitter account, known for its groan-worthy puns, tweeted: "We're letting the cat out of the bag on a hiss-toric find. This CATch had our baggage screening officers @JFKairport saying, 'Come on meow'!"

An Instagram user later claimed to be the cat's owner. @alexaugustalex re-shared the TSA's post of the X-ray image of the cat and added the caption, "That's my boy." The user then posted a video of an orange cat trying to climb into a suitcase with caption: "proof that he just does this."

The cat is certainly not the oddest animal that has been in a passenger's baggage. In 2018, a traveler was caught with nearly 5,000 leeches in his luggage. He was fined $15,000 for attempting to smuggle his live cargo into Canada.

In 2021, multiple people were caught trying to bring live birds into the country through JFK. In one instance, a man had 40 finches stuffed inside hair rollers. 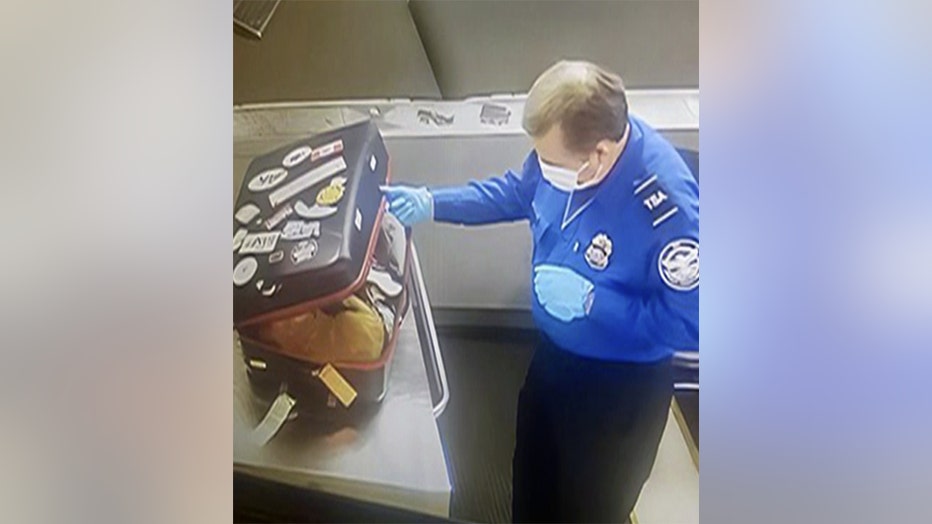 A TSA officer opened a suitcase and found a live cat inside. (Transportation Security Administration)