Police say they were called to the home on Bayview Drive off Hooker Road around noon after the attack took place. Officers say Matthews’ girlfriend, a 35-year-old woman, escaped the horrifying scene with their 5-year-old daughter.

CHESTERFIELD TWP., Mich. (FOX 2) - WWJ 950 journalist Jim Matthews was killed and his girlfriend and their two kids hurt in what police are calling a murder and attempted suicide that happened midday Friday.

Police say they were called to the home on Bayview Drive off Hooker Road around noon after the attack took place. Officers say Matthews’ girlfriend, a 35-year-old woman, escaped the horrifying scene with their 5-year-old daughter.

Investigators say the woman had been stabbed multiple times. The little girl was also hurt, and their 10-year-old boy was found tied up on a closed with head trauma. The woman and boy are in critical condition and the girl was hospitalized in stable condition Friday evening.

Authorities say they found the 54-year-old male suspect in the basement, overdosing and suffering from self-inflicted wounds.  Investigators say a gun was not involved.

Police tell Fox 2 the woman flagged down a passing driver who called 911.

The suspect was an invited guest into the home, according to sources, and according to the Macomb County prosecutor was overdosing on heroin when police found him. He was brought back with Narcan and is hospitalized in stable condition.

"We are updating our top story this afternoon. It’s very difficult to report. Our overnight news anchor Jim Matthews was killed this afternoon in Chesterfield Township."

"Something like this I never would have expected it in a million years," Langton said. "When he was off at 5 a.m. I was just coming in at 5 a.m., so I would see him. He always had a nice word, always had something good to say. He was just a great guy."

Neighbors of Matthews were also shocked.

"I think it’s crazy. I can’t make sense of it," said Thomas Teague. "I just got a ton of phone calls of them telling me what happened and she was laying outside bound and gagged."

His colleagues fought through their emotions as they remembered Matthews on air.

" He would often talk to co-workers about his children and their adventures at school," Paige said during an on-air tribute. "He was a consumate professional and was dedicated to WWJ and the broadcasting industry. He loved delivering the latest news to his listeners every night.

"There have been many tears shed in our newsroom this afternoon. Our thoughts and our prayers go out Jim's family." 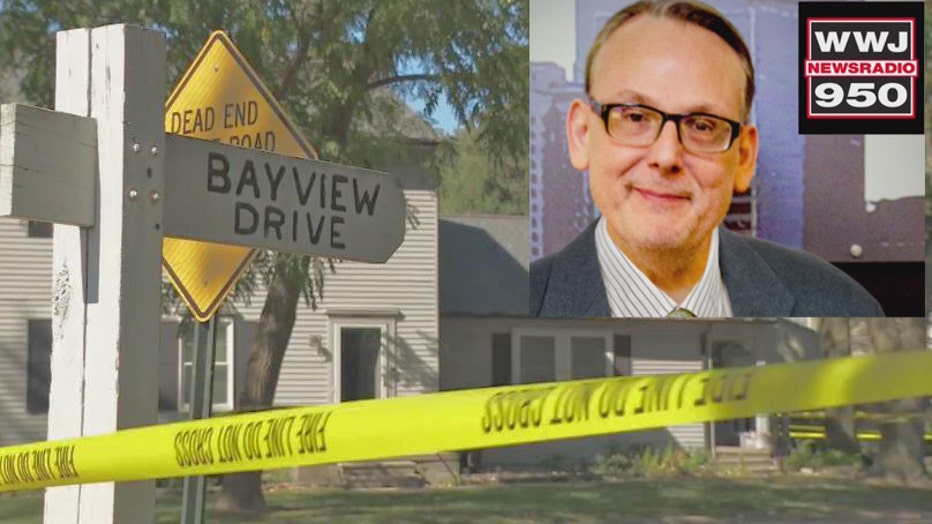