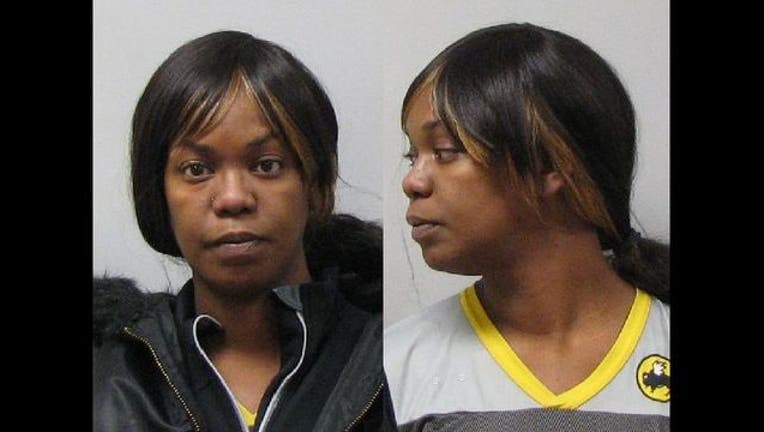 Chesterfield, Mich (WJBK) - A woman was arraigned today after stabbing her boyfriend in the neck. Chesterfield Township police received a report from McClaren Hospital Wednesday at 7:31 p.m. that the 31-year old victim was recovering from the violent injury, inflicted by his 26-year old girlfriend Crystal Wright.

Police say the stabbing occurred during an argument between the couple in Wright's Chesterfield apartment.

The assault took place in front of the victim's young daughter along with Wright's two young children.

After speaking to neighbors who heard the assault and Wright's parents who live nearby, officers were able to discover Wright's whereabouts.

Officers responded to a Chesterfield restaurant where Wright is employed and took her into custody without incident.

Crystal Wright was arraigned today on the charge of Assault With Intent To Commit Great Bodily Harm Less Than Murder a 10 year Felony. She is currently at the Macomb County Jail with a $100,000 bond.