Aniel Mendez is in the fight of his life at just 4-years-old as he fights brain cancer. This week, before he starts radiation treatment, he was named chief for a day for the Detroit Police Department.

DETROIT (FOX 2) - For 4-year-old Aniel Mendez, Thursday was a dream come true as he was named chief for a day for the Detroit Police Department.

The little boy has stage four brain cancer and his parents, Jorge and Abby, say he was born with it but they didn't realize it until he had an accident and was hospitalized.

"He was born with it, but we didn’t know so. He was playing with his aunt and she accidentally kicked him in the head and he fell and went to the hospital and that’s how we found out because we didn’t even know," Jorge said.

On Friday, Aniel starts radiation - but on Thursday, he and his family filled their day with joy and gratitude. That included his two little brothers who were by his side to join their chief in action.

"We never expected something like that so for the city to do that and actually care it means a lot," Jorge said.

The Detroit Public Safety Foundation along with Detroit Fire and Police Departments collaborated to make Aniel’s dream come true in less than 24 hours. But what he doesn’t know is just how much he is impacting them.

"We just kept saying chief what would you like to do today and he kept saying thank you, thank you," Patti Kukula, Exec. Director, Detroit Public Safety Foundation said. "You know we have young officers, and they have many 4-year-old children among the ranks, and so they took a special interest today." 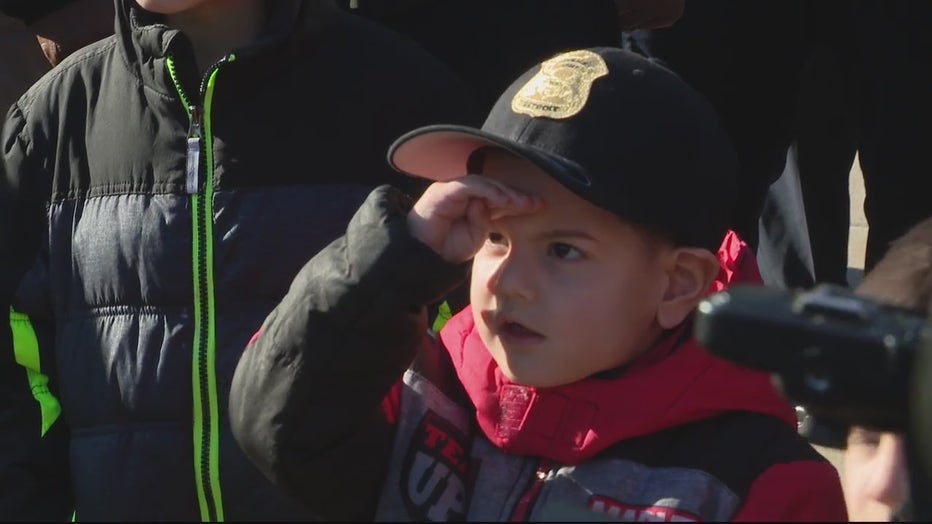