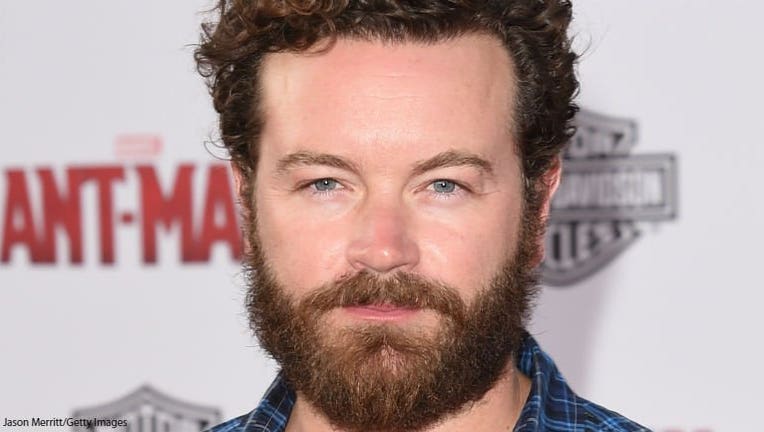 The civil lawsuit against actor Danny Masterson will be arbitrated through the Church of Scientology, according to new reports.

The lawsuit was initially filed in August 2019 by a woman named Chrissie Carnell Bixler, her husband Cedric Bixler-Zavala, and Marie Bobette Riales, as well as two Jane Does alleging that they were stalked and harassed by members of the religious organization. Masterson is a well-known Scientologist.

In the lawsuit, the plaintiffs claim that agents for the religious organization used means of intimidation after they reported allegations about Masterson to the authorities.

Citing court documents, People magazine reported that a judge ruled the civil complaints "must be resolved through in 'religious arbitration' due to an existing arbitration agreement among the involved parties."

The lawsuit is separate from a criminal action against "That 70s Show" actor that accuses him of rape.

The arbitration is reportedly scheduled to take place on June 30. Masterson's attorney told Fox News in a statement Saturday: "This was absolutely the correct result. We look forward to arbitrating the claims, as the Court directed."

The lawsuit includes allegations that Masterson sexually assaulted Bixler during their past alleged relationship in 2001 and 2002. After making the accusations, her husband claims "agents of the defendants" poisoned their dogs, harassed them via the telephone and assaulted them using vehicles, reports claim.

One Jane Doe alleges that she is a victim of property damage and threats as well, and the second unidentified plaintiff claimed she was stalked and her privacy was invaded.

The allegations brought forth by Riales, however, do not fall under the judge's order because "she was not a member of the Church of Scientology," the report states.

Earlier this year, Masteron spoke out about the lawsuit via his attorney.

"I’m not going to fight my ex-girlfriend in the media like she’s been baiting me to do for more than two years," Masterson said via his attorney. "I will beat her in court — and look forward to it because the public will finally be able learn the truth and see how I’ve been railroaded by this woman. And once her lawsuit is thrown out, I intend to sue her and the others who jumped on the bandwagon for the damage they caused me and my family."

In an earlier motion, the church alleged the women executed agreements stipulating: "I am forever abandoning, surrendering, waiving, and relinquishing my right to sue, or otherwise seek legal recourse with respect to any dispute, claim or controversy against the Church, all other Scientology churches, all other organizations which espouse, present, propagate or practice the Scientology religion, and all persons employed by any such entity both in their personal and any official or representational capacities, regardless of the nature of the dispute, claim or controversy."

FOX6's Ted Perry takes a look back at the big news stories in southeast Wisconsin in 2020.