Monica Conyers spoke about the death of her husband, Congressman John Conyers, who passed away Sunday. He was 90 years old and the longest-serving African-American in Congress - and a champion for Civil Rights for 53 years.

Conyers is being remembered as a voice of the people.

"Americans all over this country are concerned with everyone acquiring the equal right to vote." Conyers once said.

From voting rights to healthcare to reparations, John Conyers was a voice for the people - especially people of color.

"America is most truly prosperous when all of its citizens are working in dignity, living in the best housing available and sending their children to quality schools," he also once said.

Principles he fought for - for decades.

Colleagues spoke about Conyers while on the campaign trail Monday.

"He stood on issues of equality and civil rights for our people," said Congresswoman Rashida Tlaib (D-Detroit). "He served us and fought for us for over fifty years."

"He was the man most responsible for having a national holiday for the great Martin Luther King Jr.," said Senator Bernie Sanders (D-Vermont).

"It has been a really hard year," said Rep. Debbie Dingell (D-Michigan). "Too many giants have died. John Conyers was a fighter for Civil Rights, for social justice, for equality for all, for decades."

Congresswoman Debbie Dingell's husband John Dingell was the longest serving congressman in history - he served 59 years and died in February.

Another congressional giant, Elijah Cummings, died earlier this month - and lay in state in the nation’s capitol - an honor the National Action Network is hoping will also be given to John Conyers.

"John Conyers was there for us unabashedly - with no hesitation - all his life, as an adult man," Williams said. "And he deserves to lie in state." 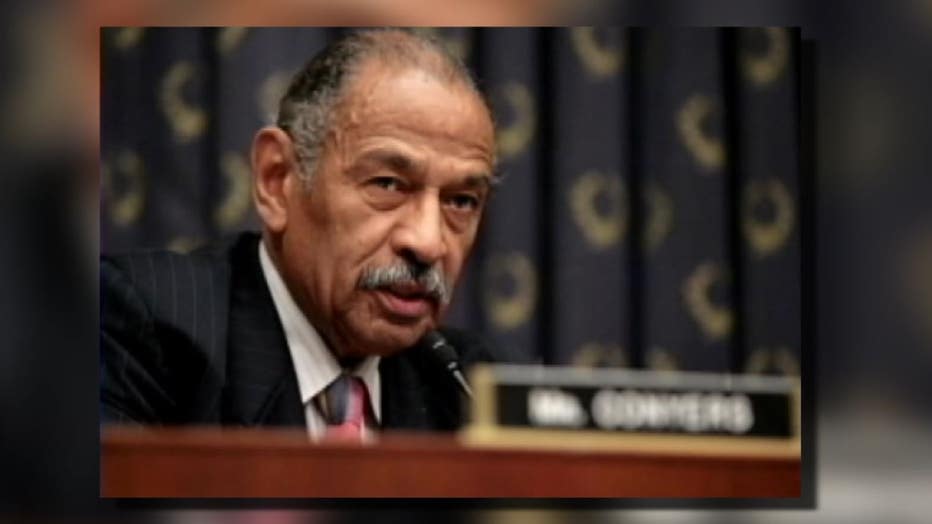