WHITE RIVER TOWNSHIP, Mich. (FOX 2) - Multiple generations of memories are gone after a home plummeted off a cliff into Lake Michigan.

The cottage was built in the early 1900s in White River Township, which is about 25 miles northwest of Muskegon. It was built with plenty of distance between the structure and the water, but over the years the dunes and beach have eroded away.

After years of erosion, a cottage in Muskegon County collapsed into the waters of Lake Michigan.

Tish Gancer knew their beloved family cottage was in jeopardy, and they worked tirelessly with crews and contractors to try and save the space. But it fell into the water on New Year's Eve after some heavy rains and wind. 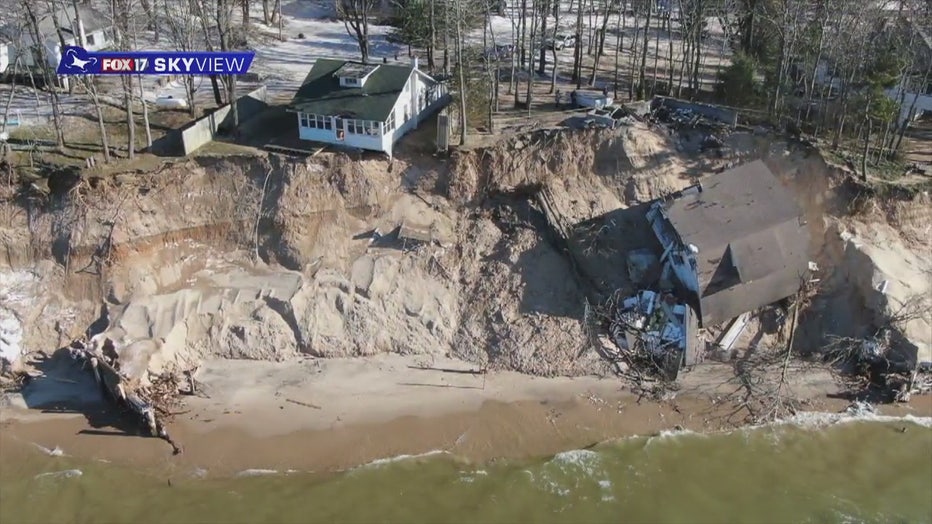 Gancer started a fundraiser a few days before the collapse, hoping they'd have enough money to reestablish the slope of the hill and add in extra support in the basement of the house.

On her GoFundMe page, you can see pictures of excavators along the beachfront near her cottage.

She also shared photos from decades ago, in which you can see forest in between the home and the water.

"I really, really thought we were going to make it. I'm still in shock," Gancer said.

She hasn't said yet if she has any plans to try and rebuild.

FOX17 reports areas from Muskegon to South Haven are also seeing damage due to beach erosion.