Wayne County Sheriff Raphael Washington got a legal win as challenger Walter Epps' political mailer with accusations of sexual harassment can no longer be sent out, a court said.

DETROIT (FOX 2) - There’s another twist in the race for Wayne County Sheriff.

A judge ruled Wednesday that Messenger Printing Service can no longer send out a mailer that slams Sheriff Raphael Washington over sexual harassment allegations which cost the county thousands of dollars.

"The law is very clear: You cannot disseminate, print or circulate literature that has malicious, scurrilous information about an individual, without the true author being named," said attorney Robert Davis.

Davis, a supporter of Sheriff Washington, filed suit against challenger Walter Epps, his campaign, Messenger Printing and Citizens for a Fair and Positive Government which is listed on the mailer.

"And here if the individual wants to run for office or seek an election to office, be man or woman enough, to tell the voters of Wayne County who is truly paying for this malicious and slanderous literature," Davis said.

"He has a history of sexual harassment and now that the information is out, he’s doing everything in his power to prove to everyone that (it's) just not the case," he said. 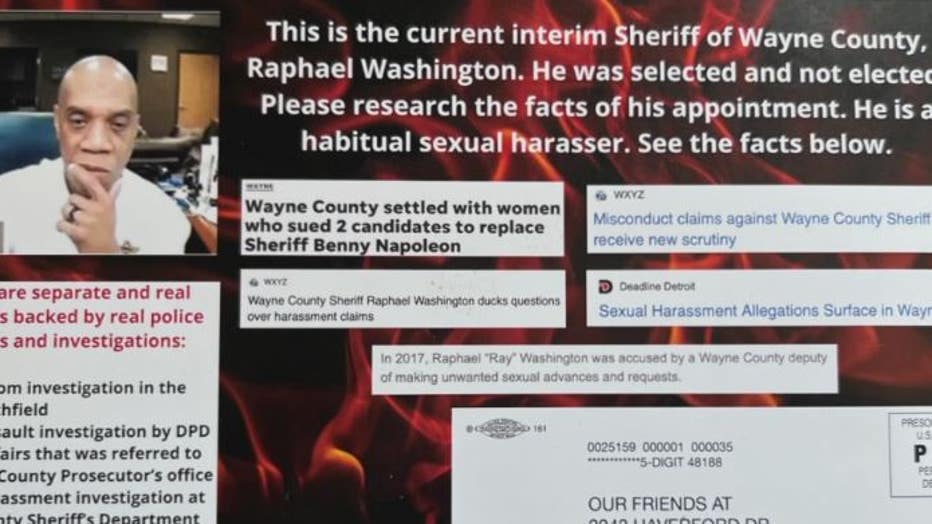 "It was a shock to me that someone would come for me and go dirty to demonize, criticize or just scandalize my name," said Washington.

FOX 2 caught up with Sheriff Washington to get his take on the campaign thus far, the allegations at hand, and the judge’s ruling about this mailer.

"Illegal things, illegal mailings, illegal broadcasting, but you want to be a law enforcement leader- it doesn’t match. it doesn’t add up," Washington said. "I hate dirty politics and that’s why my campaign has always taken the high road on everything.

"Michelle Obama told us 'When they go low, you go high.'"

"Where do we go from here? We let the people decide," Epps said. "We let the citizens of Wayne County. Decide who the sheriff should be."

And voters will settle the issue during the Democratic Primary August 2nd. 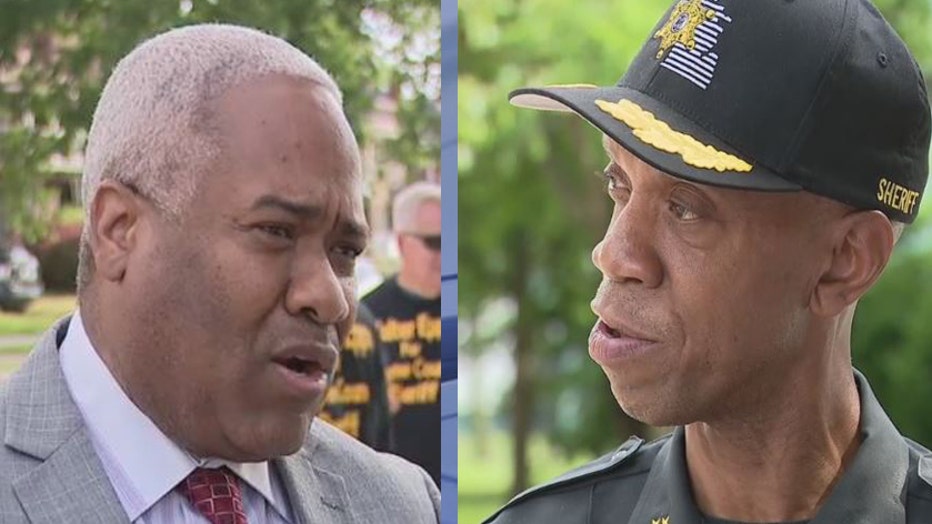