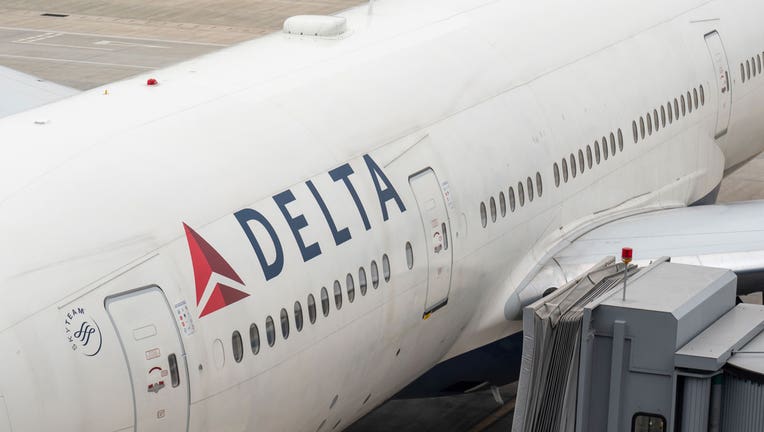 A Delta Airlines plane is shown in a file photo. (Photo by Alex Tai/SOPA Images/LightRocket via Getty Images)

DETROIT - A flight from Detroit to Los Angeles was delayed Saturday evening and returned to the gate after a passenger refused to wear a face mask required by Delta Air Lines, company officials said Sunday.

"We apologize to customers on flight 201 from DTW to LAX that returned to the gate when a customer did not comply with Delta's mask-wearing requirement onboard," a Delta spokesperson said in a Sunday statement to the Detroit Free Press. "After a short delay, the flight departed to Los Angeles."

Delta officials said the flight with 84 customers was supposed to depart at 8:15 p.m. but did not leave until just before 9 p.m. It arrived at Los Angeles International Airport about 30 minutes behind schedule.

Aboard the flight was the mother of Detroit Mayor Mike Duggan's Chief of Staff Alexis Wiley. Wiley tweeted video showing a passenger being escorted off the plane.

In July, a Delta flight from Detroit to Atlanta was delayed because two customers similarly refused to wear face masks.