DETROIT (FOX 2) - A Detroit artist is using his talents to remind everyone that Black lives matter.

He's updated his Martin Luther King Jr. mural this week, in the thick of the Black Lives Matter movement. He's making updates to pay tribute to the march on Washington and in honor of Civil Rights giants Congressman John Lewis and Rev. C.T. Vivian.

Detroit artist Chazz Miller is using his talents to remind everyone that Black lives matter.

"I just wanted to kind of stimulate the community and let them know we're still here. There's still hope and put some messages, some enduring messages by speaking to powerhood, by speaking to brotherhood, sisterhood," he said.

He also hopes to repaint six murals this summer throughout the Old Redford neighborhood and the Artist Village where so much of his work is on display. His partnership with Detroit Blight Busters is about beautification and education.

"The murals have added value to this community. When we met Chazz 16, 17 years ago he said he wanted to teach kids and paint murals," said John George, who founded Blight Busters more than 30 years ago.

The organization was founded to clean up the neighborhood surrounding Lahser and Grand River. Now developers are coming in and spending millions to transform abandoned buildings into stores and living space. Much of it will also showcase Chazz's art. 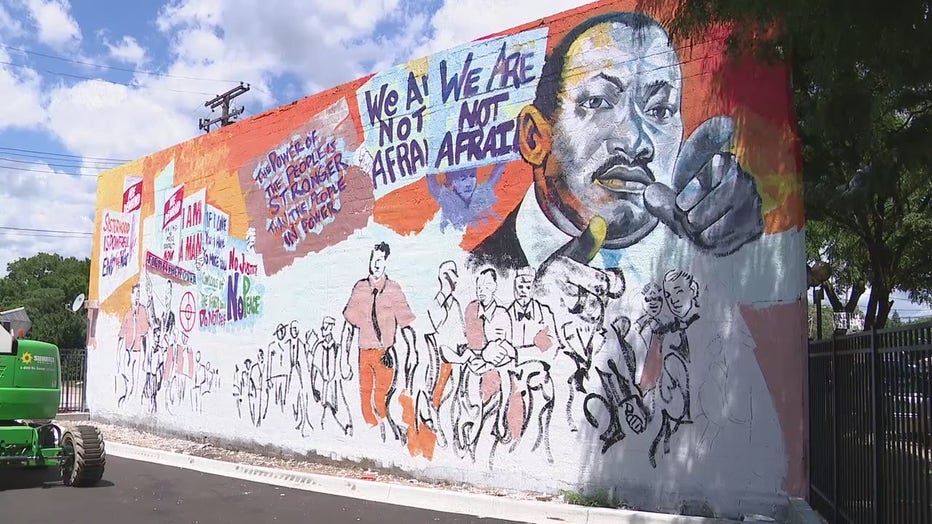 "You know Blight Busters bakes the cake and Chazz decorates it, and I guess it's the frosting and the decorations that people really appreciate," George said.

And Chazz's art is often done alongside kids in the community, but not right now. COVID-19 means that a lot of the art education programs are basically on hold but Chazz is hoping he can get some students out here to safely social distance and help him paint.

"At some point, I'm going to have some volunteers actually come and put some messages," Chazz said.

"We know that Detroit's best days are ahead and we're going to continue to work together," George said.