Ronald Morris calls a solid sheet of ice over the sidewalk a hazard in front of his house, caused by the property next door.

DETROIT (FOX 2) - Detroit resident Ronald Morris calls a solid sheet of ice over the sidewalk a hazard in front of his house, caused by the property next door.

"I have an underground water leak from the vacant house next door to me," Morris said.

The problem, not only on this sidewalk on South Edsel Street, but also inside Morris’ home.

"Seventy percent of my basement was flooded all the way up to these front stairs," he said.

Morris said he called the city of Detroit to come out and fix the issue.

"I called the water department to come out here and see about shutting this water off," he said. "Because it is flooding my basement and the sidewalk and it’s a terrible safety hazard and it’s damaged property and tools in my basement."

But after calling several times.

"Every time I talk to them they say somebody is going to be out there in 24 hours and no one shows up," Morris said.

Morris says a crew did come out to do an analysis.

"They did find blockage down toward my end, and put a work order in for someone to suck those drains out," he said. "No follow-up."

The Fox 2 Problem Solvers reached out to the city of Detroit. Officials cited weather and staffing issues as culprits.

"Apologies to the customers on S. Edsel," said Sam Smalley, COO, Detroit water. "With this cold snap and we’ve had a significant increase in the number of water main breaks, as well as the number of vacant floodings that have been reported.

"(That,) combined with the impacts of the omicron virus, and we’re suffering staffing impacts like everyone else.

Morris says he sees staffing and Covid issues as excuses and he wants solutions.

"l know we’re dealing with COVID-19, we do have the resources to deal handle emergencies," Morris said.

The city says it’s doing the best it can under the circumstances.

"Apologies to our customers in the community, we’re trying to do the best we can." 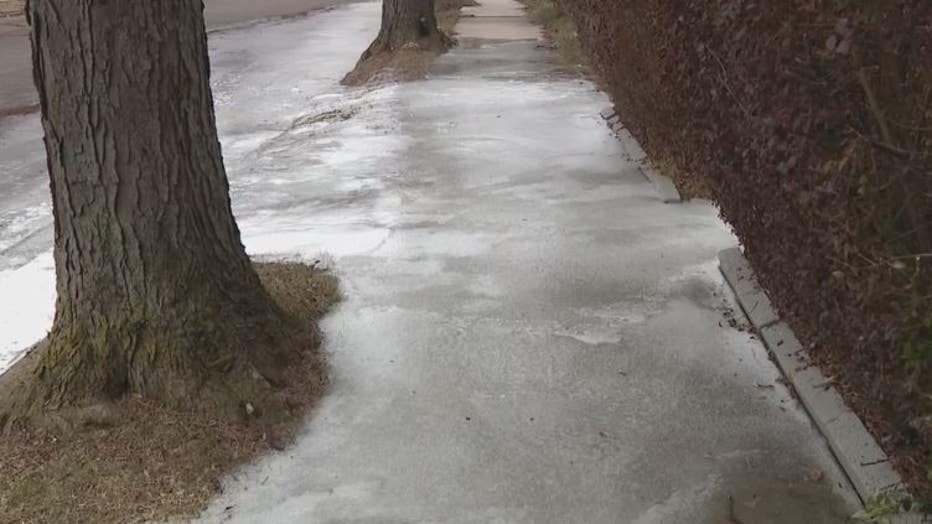