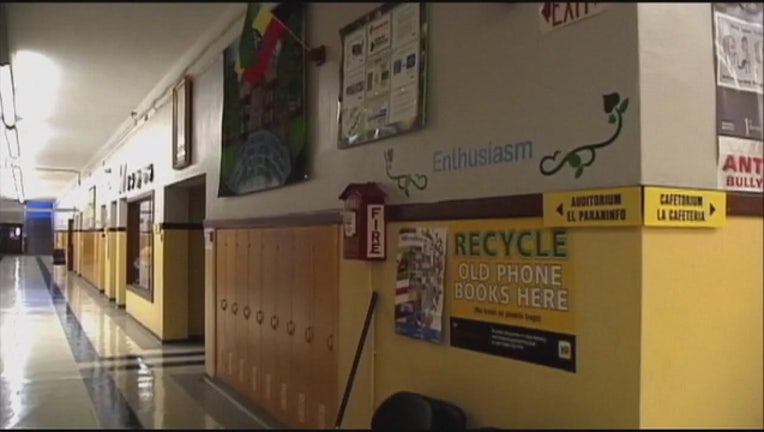 Equal Opportunity Now/By Any Means Necessary, or EON/BAMN, announced the group will hold a rally at 12 p.m. at the Fisher Building in Detroit’s New Center area and march down Woodward Avenue.

The organization said teachers will be catching the “Snyder Flu” on Monday and spend the day calling for local control over DPS.

Steven Conn, former head of the Detroit Federation of Teachers, said protestors are against creating an education commission to monitor how the district allocates funding, as well as proposals switch Detroit teachers from pensions to 401K plans. Conn said the propositions pit DPS “under the thumb” of the Detroit Financial Commission.

According to releases, the event is tied to the anniversary of the Alabama Freedom March, a civil rights demonstration across Alabama led by Dr. Martin Luther King, Jr., on March 21, 1965.

"Fifty-one years ago on March 21, Dr. King and thousands of demonstrators began the great Alabama Freedom March from Selma to Montgomery; demonstrating against the old Jim Crow,  southern segregationist Governor George Wallace, and for the right to vote," said Markeith Jones, a senior at the Detroit School of the Arts and BAMN organizer, in a press release. "Fifty-one years later black, Latino, and immigrant people in the city of Detroit live under a new Jim Crow political system and are facing a racist governor committed to a separate and unequal system. We are going to start our march for freedom this Monday to demand the full restoration of our democratic rights to control our schools and public institutions.”

“We would encourage anyone concerned about these potential actions to contact the Detroit Federation of Teachers, which is the recognized bargaining unit for teachers in the District, to get their official response/reaction to this threat of school closures. The District has been encouraged by the positive movement in Lansing over the last week to approve supplemental funding that would allow DPS to continue educating its more than 46,000 students through the end of the school year, and to not only bring critical resources back to our classrooms, but also return the District to local control through the passage of broader education reform legislation."

"It's critical that everyone knows the facts about a supposed sickout on Monday and where the Detroit Federation of Teachers stands. Unfortunately we have to respond to someone who does not represent teachers. The Detroit Federation of Teachers, which represents and speaks for Detroit Public Schools teachers and other school staff, does not support a sickout. In fact, when we heard rumors Friday about a possible sickout, we talked with educators in every school, and the overwhelming majority-including teachers who attend the schools of the leaders of the sickout-said they do not want to participate in a sickout on Monday.

"The DFT and its members are focused like a laser on finding real solutions to the very real problems plaguing our schools. We have a lot of work to do in Lansing and in Detroit, and right now, sickouts are counterproductive to our goals of getting the short-term and long-term funding our schools need to survive, gaining local control, getting the tools and resources educators need for their jobs and working on a high-quality education agenda that will help transform our school system."