DETROIT (FOX 2) - A Detroit mother who's been trying to fix her home for years is getting some final touches thanks to the Detroit Land Bank Authority and a local contractor.

Devin Dupree bought the house from the Land Bank when she lost their home in Taylor in a fire. But soon after her purchase, she realized she faced costly repairs and upgrades. And during that process, materials she had bought were stolen and contractors backed out on their promises.

A metro Detroit contractor reached out to help a Detroit Land Bank homeowner who needed some final touches on her home.

She got her first break just before Christmas, when the Land Bank installed a new furnace for her. And now, thanks to the generosity of a contractor Devin will finally be able to say, Home Sweet Home.

When he first came into Devin's home, their firm had planned to just help re-do the kitchen. But when he realized the house was missing some other essentials - like bedroom and bathroom doors - his company stepped up to do more.

"They had a really successful year and wanted to give back and they reached out if we had any good candidates," says Alyssa Strickland, spokesperson for the Land Bank. Immediately, they thought about Devin and her son. 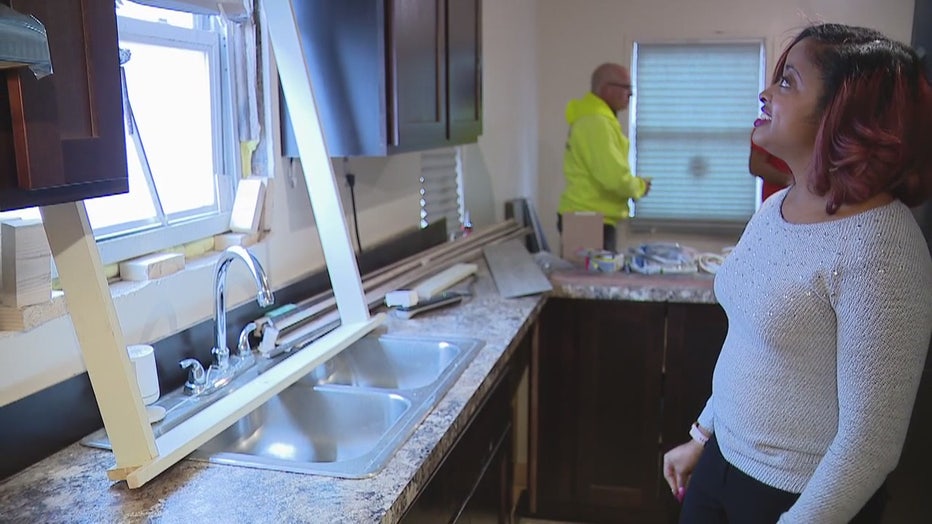 In addition to the kitchen and the doors, the company is also putting in new flooring. They're expecting all the work to be done by Friday.

"I'm just so excited," Devin said. "I got more than I even expected."

"It helps to give someone a nudge upwards," Allen says.