DETROIT (FOX 2) - It's a way to attend the game, without really going to the game.

With the first two games held at Ford Field expected to be far more quiet affairs since they'll be played without fans, the Detroit Lions franchise has found a clever way to still include its most vocal supporters.

Fans can purchase a seat where the team will place a cutout with a photo sent in by fans, with the money raised going to Detroit Lions charities.

Fans can purchase a seat where the team will place a cutout with a photo sent in by fans. The money raised will be sent to a number of charities.

“Though the enthusiasm and energy Lions fans bring to Ford Field on game days can’t be replaced, we are excited to offer an alternative representation of that support at home games this season,” said Detroit Lions Senior Vice President of Business Development Kelly Kozole.

Full-season cutouts are available for the general public to purchase for $150 and $125 to Lions Season Ticket Members. 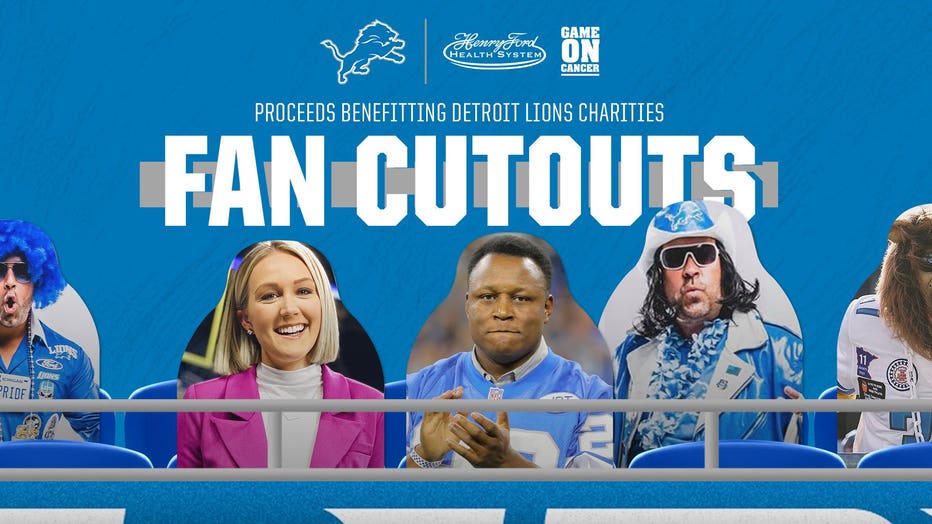 Fans can also purchase single-game cutouts for the Lions Crucial Catch game for $50 or the Salute to Service game. That money will go to research supporting cancer treatments and prevention at Henry Ford Health Systems or military fans, respectively.

But there are a few rules fans have to follow if they want their photo approved:

There's even an option for each game to have your cutout seated near the Lions' tunnel, next to a cutout of Barry Sanders - that one costs $1,000.

If you'd like to ensure your space for the Sept. 13 game against the Chicago Bears, the cutouts must be purchased by Sept. 7 at 5 p.m.