DETROIT (FOX 2) - Four years ago, a man was brutally murdered in the parking lot of a popular Detroit restaurant. Now, one of the men who was convicted of his murder will spend the rest of his life in federal prison.

Devin Wallace, 30, was shot and killed outside of They Say restaurant in Detroit. The hit was captured on surveillance video and showed Wallace driving his white Mercedes while talking to another man outside the car. That's when a black Dodge Charger pulls up alongside, the passenger steps out, and shoots Wallace multiple times in the head and torso.

Detroit police said, at the time, that the hit was obvious and was not random. Now that there have been convictions, we know what happened that September night in 2015. 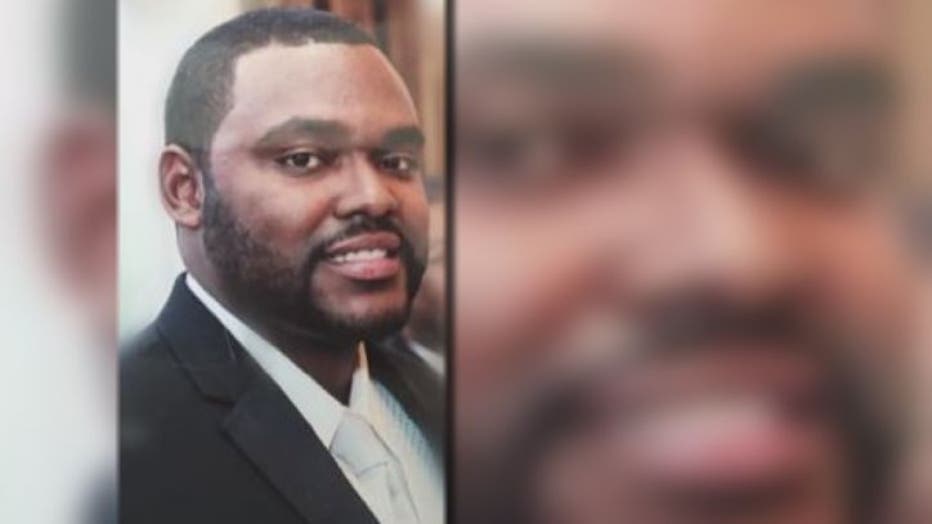 Devin Wallace, 33, was shot and killed outside of They Say in downtown Detroit

Andrew Watson, 33, was sentenced to life plus ten years in federal prison this week after being convicted of the murder last October. The other man responsible Deaunta Belcher, 36, is still awaiting his sentencing.

Here's what the U.S. Attorney's Office said led up to the hit:

Belcher was part of an intricate drug and fraud scheme throughout Detroit. Together with another co-defendant, Darnell Bailey, and Wallace, they used the identities of drug customers and other fraud victims to get cars, furniture, and more. Additionally, they leased those items to drug dealers throughout the city. According to the attorney's office, Belcher and others decided to kill Wallace out of greed so they could assume his role in their fraud and drug conspiracy.

In court, the attorneys showed evidence that proved Belcher and Bailey put the hit on Wallace by offering two men - Andrew Watson and Stephen Brown - money, a car, and other compensation.

Watson and Brown spent weeks trying to find Wallace and on September 11, 2015, the attorney's office said Belcher told  Watson and Brown that Wallace would be at They Say.

Watson, Brown, and a third man, Billie Chambers, drove to They Say and killed Wallace. Brown shot twice, Watson shot 12 times. Wallace was hit with nine bullets, six of which went into his head.

In an effort to mislead investigators, Belcher and Baily both told police that Wallace was killed for cooperating with the DEA in a separate investigation.

Chambers, 33, and Stephen Brown, 27, both from Detroit,  had previously pleaded guilty to murder-for-hire for their respective involvement in the shooting. Chambers received a sentence of 12 years in prison and Brown was sentenced to 17 years.

Darnell Bailey, 29, of Roseville and Deaunta Belcher, 36, are both awaiting sentencing.

"These defendants carried out a brazen, cold blooded murder in broad daylight near downtown Detroit, and the shooting shocked our community when it was broadcast on the evening news," United States Attorney Matthew Schneider said. "Thanks to the tireless efforts of the FBI and the Detroit Police Department, the people of Detroit can rest easier knowing these defendants will remain behind bars for the rest of their lives. Eradicating violent crime remains our top priority, and we will continue to work every day so Michiganders can go about their lives without fear of harm."