WAYNE COUNTY, Mich. (FOX 2) - The photos are graphic. Like turn-your-head or cover-your-mouth-after-gasping graphic. They depict a series of bizarre injuries to people's legs where steam that floated out of manhole covers and vents in Detroit was so hot, it left marks on its victims.

Now, 22 people are alleging Detroit Thermal, Detroit Renewable Energy and Project Mist HoldCo didn't do enough to mitigate the danger of the steam.

A lawsuit against Detroit Thermal and other energy companies didn't properly maintain their systems that moved steam through the city when more than 20 people were severely burned by the vented mist. After one man was knocked off his motorcycle in 2018, he landed on a manhole cover that branded letters into his leg because it was so hot.

"The ages of the victims range anywhere from 3 years old to 71 years old. We have four children that have been burned and are part of this lawsuit," said Robert Lantzy, an attorney for the victims at Buckfire Law.

At least two of those victims were with lawyers on Tuesday. One was a 6-year-old boy named Caleb Tahmouch who had been walking across the street in April of 2019 when he walked over a vent. His mother said he didn't know any better.

The other individual was Brandon Dumas, who was knocked off his motorcycle during a hit and run in August 2018. He fell on a manhole cover, which was hot enough it branded letters from the cover into his right leg. 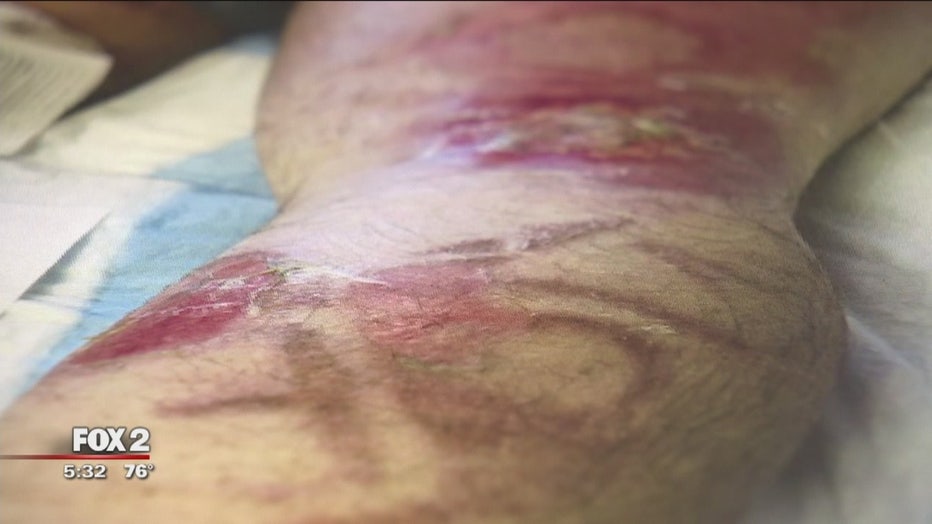 "When it first happened, I was severely injured. In and out of the hospitals, I had skin grafts done to my left leg," said Dumas.

The attorneys who filed the case said they're not sure how hot the steam got, but it's hot enough to at least cause the burns.

"It's our claim in the lawsuit that these companies failed to warn people about the dangers associated with the steam and failed to take action to properly maintain their system," said Lantzy.

Detroit Thermal said it had not been notified of the lawsuit and had can't comment on pending litigation. Here is their statement:

"Health and safety are top priorities for Detroit Thermal. Under the direction of new ownership and local leadership, we are working every day to deliver safer, more efficient service for our customers and community."

The complaint was filed in the Wayne County Clerk's office on Tuesday, Sept. 24.