"I agree with that. Our trip here, we’re from Florida, has been superb. People have been very nice and helped us in every way," said traveler Marshonda Cheatham. 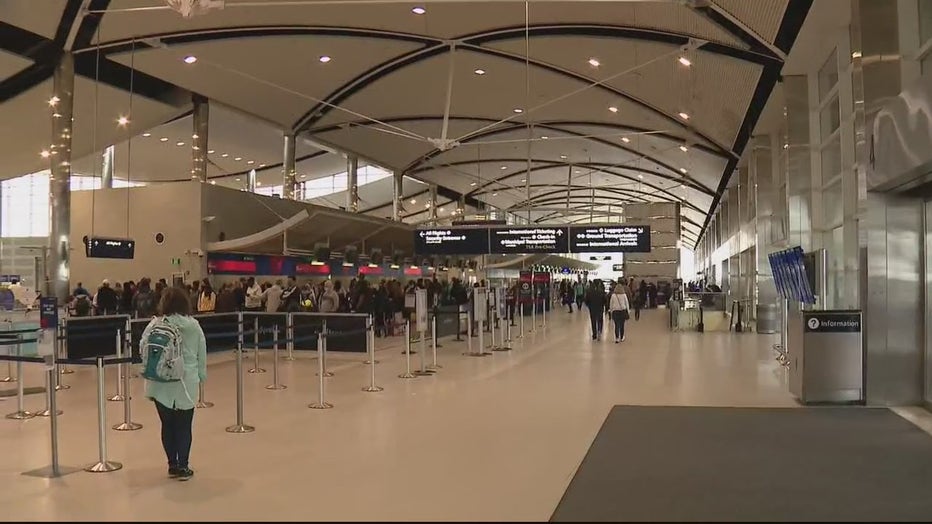 "I think Detroit should be higher. Definitely a fantastic airport here at McNamara. I enjoy flying out of here," passenger Mike Moritz said.

"This is a beautiful airport. A lot of amenities. This is lovely, and I enjoy the tram ride as well," traveler Quellis Williams said.

DTW responded to the honor in a statement, saying, "Our Detroit Metropolitan Airport team works hard each day to exceed the expectations of our customers. Our team includes the airlines, concessionaires, janitorial staff, state and federal partners, the Airport Authority staff, and many more. We’re pleased to be ranked among the top mega airports in North America this year."

However, according to J.D., overall airport satisfaction is down by 25 points, to 777 on a 1,000-point scale, this year. This change is fueled by fewer flights, more crowded terminals, and limited food and drink options.

According to the study, 58% of travelers said airport terminals are severely or moderately crowded, on par with 59% who said the same in 2019. Travelers also were dissatisfied with parking shortages and increased parking fees.

Food costs also contributed to low satisfaction scores across North American airports, with 24% of travelers saying prices deterred them from buying food or drinks. That’s up from 20% in 2021 and 23% in 2019.