DETROIT - The Detroit Police Department has suspended one of its own amid an investigation involving an M-Live journalist during a Black Lives Matter Protest.

The journalist who alleged police brutality, was one of many people who said they were treated with unnecessary force in the early days of protests in late May and early June.

Saturday night during a public tribunal at Hart Plaza, hundreds gathered to listen to people who said they did nothing violent to instigate what they said happened to them at the hands of DPD officers.

“I took 3 hits directly to the face from riot shields while backing up.,” said a protester. “I heard, ‘you aren’t even from here’ before three boots became kicking my arms and back repeatedly.”

Amid allegations of police brutality, some DPD officers have been removed from their detail. 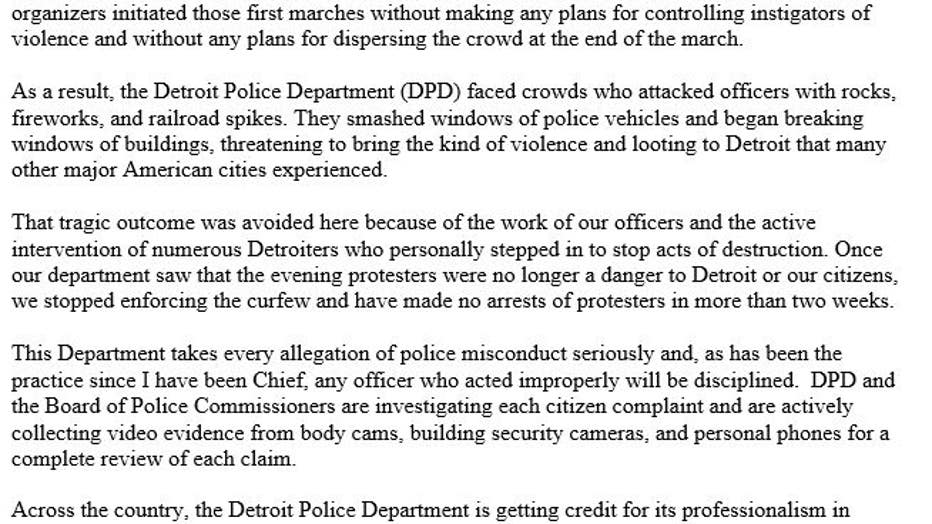