DETROIT (FOX 2) - Chief Craig says police have identified a group of people that shot dozens and dozens of gunshots into the air on New Year's Eve in Detroit.

Craig brought up the shooting which was captured on cell phone video Friday during a press conference he held to discuss the 2019 crime statistics. The video shows multiple people walking around a front yard and a residential street firing dozens upon dozens of gunshots into the air. 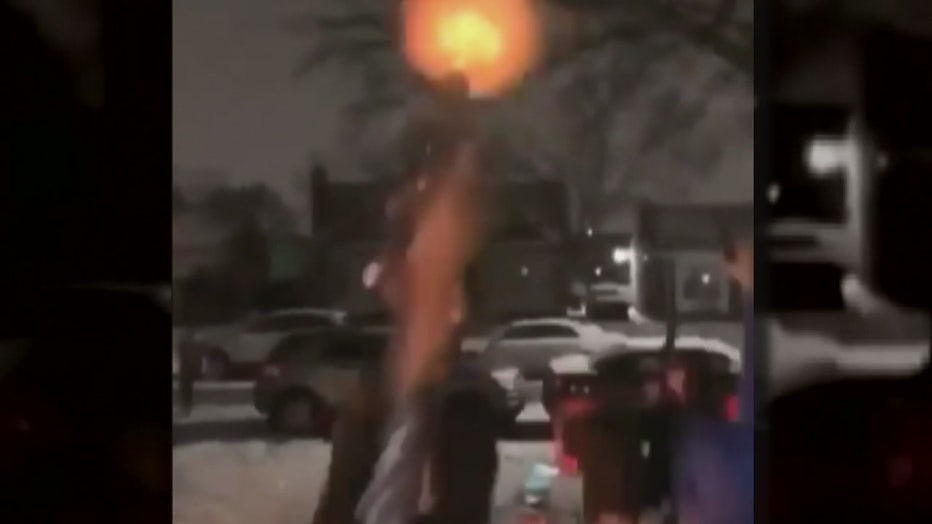 Craig said police pinpointed the location where the shootings happened to the 9000 block of Warwick in the 6th precinct. He said they received and responded to two 911 calls New Year's Eve from that area but weren't able to initially pinpoint the location of the shooting.

Craig said police now have the names of 14 people they believe were involved in the shooting, and that all are part of a west side street gang.

Craig said seven of the 14 suspects are on parole, and that two of them are on a tether when they were outside shooting.

"Now, if you think we're playing around we've identified all of you. So guess what? A belated Christmas gift you have coming. We're going to violate your parole, that's what we're going to do," Craig said.

He added that so far 250 shell casings have been recovered. No damages or injuries were reported.

"If you want to shoot a gun off, do know we're going to hunt, track you down and find out," Craig said. "And when you look at that video, it's disturbing and an embarrassment to the city."

Craig also mentioned reports of celebratory shootings on New Year's Eve decreased from 157 calls in 2018 to 93 calls in 2019.

FOX 2's Hilary Golston was at the press conference and will have more information tonight on FOX 2 News beginning at 6 p.m.