DETROIT (FOX 2) - Detroit mother of two Lora Waller is at her wits end living without heat for seven days.

"I just got off from working a 12-hour shift," said Lora Waller, who works and goes to school. "I was sleeping in my car waiting for my kids to get out ... I pay rent to stay here.

No heat for seven days for mother of two

Lora Waller and her daughters is at her wits end

"This is not right; I just want to come home."

Waller has been living at the West Golden Gate Apartments on Detroit's west side since April, and says she's had dozens of issues.

"Every month it is something," she said.

And after living with no heat and electricity that goes on and off - mostly off - she's had it.

Waller says the problem began on Jan. 3rd, but it has now been nearly a week straight without heat for her and several other tenants.

The apartment's management company - Elite Management out of Flint - told her they are "working diligently" to fix the problem - a faulty boiler.

"'Working diligently' but you all go home to heat with your kids," Waller said. "I don't."

Waller says she only keeps her cat at the residence a couple of hours at a time... so cold her fish died...

"I can't afford to up and move. It's just me and my babies by ourselves."

Waller - staying at the homes of family and friends, said she is not getting calls back from apartment management.

On Wednesday she called trying to reach the maintenance man, but Elite Management hung up on her again. 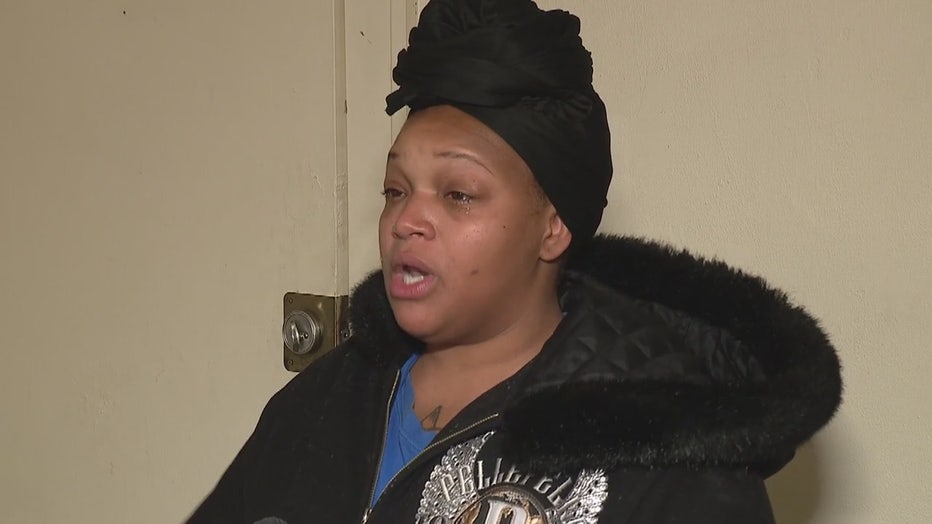 FOX 2 then called Elite Management, a spokesperson there says they had to order parts for the boiler and it could take several days.
.
"We are working with all the tenants putting them up somewhere until it's taken care of," the spokesperson said.

But Waller says the company never offered her a place to stay until now.

The company refused to tell FOX 2 when the heat will be back on, but vowed to find Waller and her kids - and her cat - a place to stay, while discounting this month's rent.

FOX 2: "Can you call her - she needs somewhere to go; it's freezing in her house."