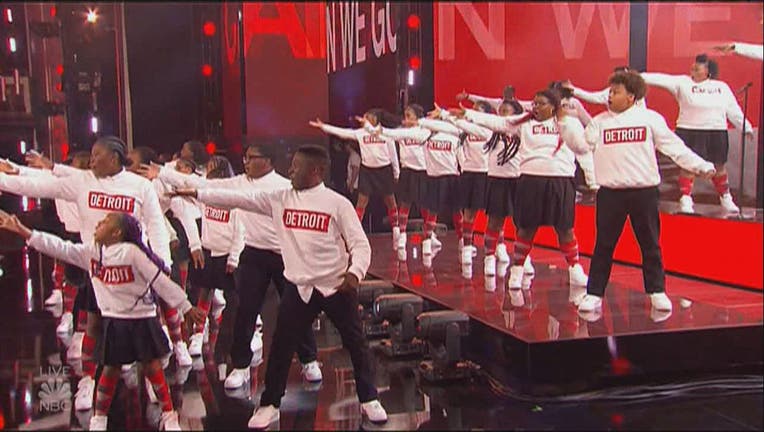 (FOX 2) - The Detroit Youth Choir learned their fate Wednesday night on "America's Got Talent." The group came in second place in the finale of season 14 of the reality talent competition show.

The choir was topped Wednesday by Kodi Lee, who wins $1 million and a headline performance at Paris Hotel Casino in Las Vegas.

The choir's finals performance of "Can't Hold Us" by Macklemore and Ryan Lewis received rave reviews from the four judges. Gabrielle Union said the group represented the excellence in many people that "get overlooked and cast to the side."

The choir, whose members range in ages of 8 to 18, finished ahead of eight other finalists.

The choir is part of the nonprofit Detroit Youth Concert Choir & Performing Arts Company. They are slated to perform the opening act during the 93rd America's Thanksgiving Parade on Nov. 28 in Detroit.

Their high energy performances instantly captured the ears and hearts of the judges and everyone else watching at home. They got the Golden Buzzer from Terry Crews - who's a Flint native - after their audition, which means the choir got to skip straight to the live shows.

We talked to the choir here back at home after their audition, and they tell us they all find comfort in each other's company. The choir's artistic director Anthony White says a big part of the choir's success and cohesion also comes from him giving these kids what he missed out on as a young man.

"I didn't receive a lot of acceptance as a young person to sing," he said. "It was always, 'Why are you singing? Let's go play basketball, let's go play football.'

"It was just so amazing that the work I put in with these young people is coming to the surface."