DETROIT (FOX 2) - A Nigerian immigrant who moved to Detroit in high school for a better life is asking for a small donation for her 25th birthday this year: empty chip bags.

Snow is here in southeast Michigan and temperatures have barely passed 30 degrees over the past week. That's bad news for a lot of reasons, especially for the homeless, as the COVID-19 pandemic drags on and keeps many shelters closed or at a limited capacity.

Don’t toss empty chip bags, give them to a Detroit woman for her birthday

With winter bearing down on Michigan, a Detroit woman has a goal of collecting 10,000 chip bags to make sleeping bags for the homeless.

Eradajere Oleita recognized a need and wants to fill it.

"It’s a more than a little obsession, it's kind of a passion," Oleita said. "I’m always looking for something to do for the community for my birthday so this year, I decided it should be my birthday present."

In two weeks, she'll turn 25 in two weeks and is asking for your empty chip bags so she can repurpose them into sleeping bags for Detroit's homeless.

"You’re going to throw it in the trash anyways. Give it to me, I want it," she said.

Oleita said she got the idea from a video online. The bags are good insulators and you can iron them together with a bit of caution to keep people inside them warm and dry.

"We have the Better Made factory here so, of course, we have an influx of chip bags," Oleita said. 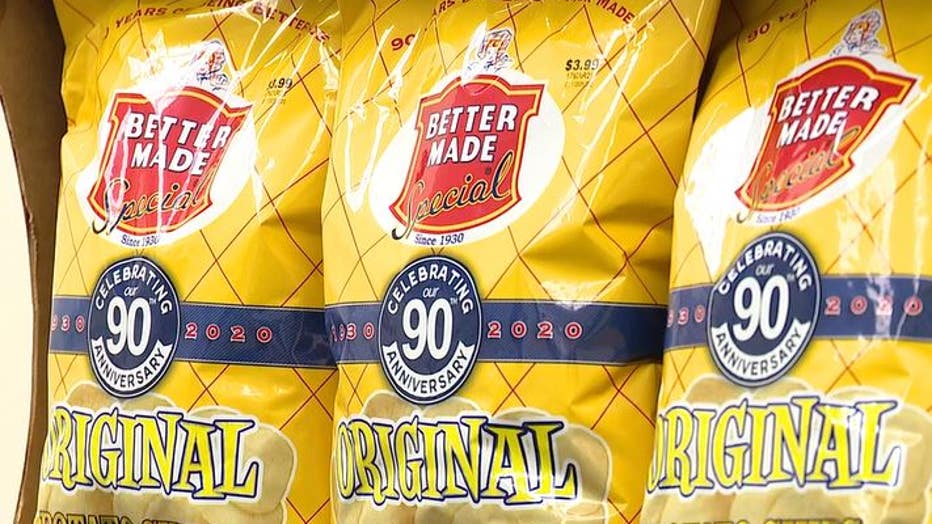 She's turned her home into an assembly line. After getting the used bags, she cleans and sanitizes them, irons them together, add foam, and then passes out the bags with care packages.

"I could easily go out and buy 100 sleeping bags and pass them out but with this, we are combatting two issues - which is the influx of trash we have in the city of Detroit and helping people less fortunate," Oleita said.

If you've got some empty chip bags or cash that you can donate, visit her website eradaoleita.com