FOX 2 - The leader of the National Democratic Party made a stop in Michigan on Friday as the clock ticks to the convention this summer and an election that's just 250 days away.

DNC Chair Tom Perez spoke with FOX 2 one-on-one about the Democratic Party and the challenges that lie ahead.

Perez: "I will tell you, a lot of people are not happy with what this president wants to do - do away with coverage for people with pre-existing conditions. All the Democrats understand that healthcare is a right for all and not a privilege for a few."

FOX 2: "A contested convention, is that something that you guys are concerned about?"

Perez: "We're going to come together around a candidate. Every cycle about this time, journalists asked me that. In 2008, when Hillary Clinton and Barack Obama, if you and I had been talking then, you probably would have said, 'Oh my God it's going to be a broken convention.' Momentum always ensues, people come together around a nominee and what we all know as Democrats, is that our number one concern is restoring our democracy by defeating Donald Trump."

FOX 2: "It seems to be a lot of differences between all of those candidates, is this a fractured party?" 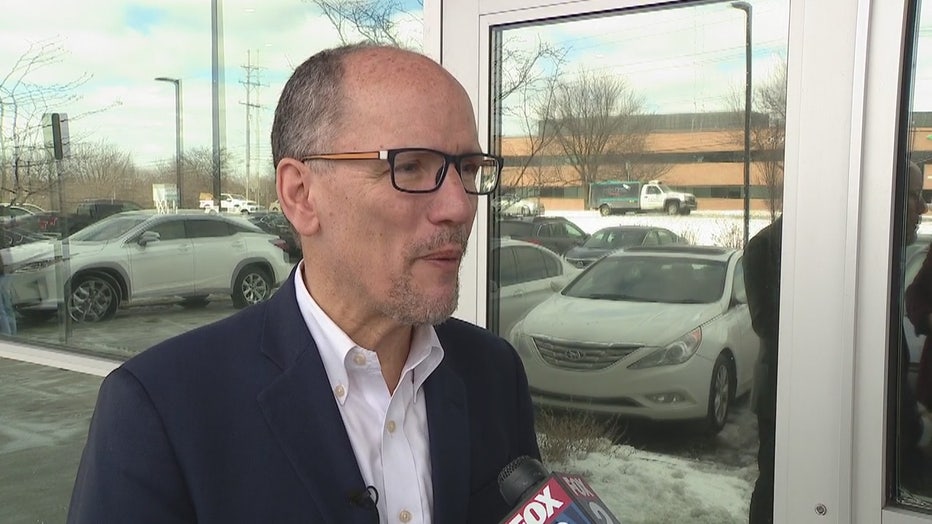 FOX 2: "Given the last debate, that was a bit chaotic, when you look at moving forward and forging forward, where do you put where the Democratic Party is?"

Perez: "Well, we don't talk about hand sizes in our debates unlike the Republican debates. We talk about critical issues involving healthcare. And let's face it, this president wants to take away your healthcare, they filed a lawsuit to undo all the protections for people with pre-existing conditions. Every Democrat on that debate stage wants to make sure if you have a pre-existing condition, you can keep your coverage."

But on the other side of the political coin, congressman Steve Scalise, the Republican minority whip, says this about health care:

"The Democrat party's leading candidate for president is a socialist who wants to ban all Michigan families from keeping the private health insurance plans that they like, while President Trump is focusing on lowering health costs and letting families have the freedom to choose whichever health care plan is best for their families."