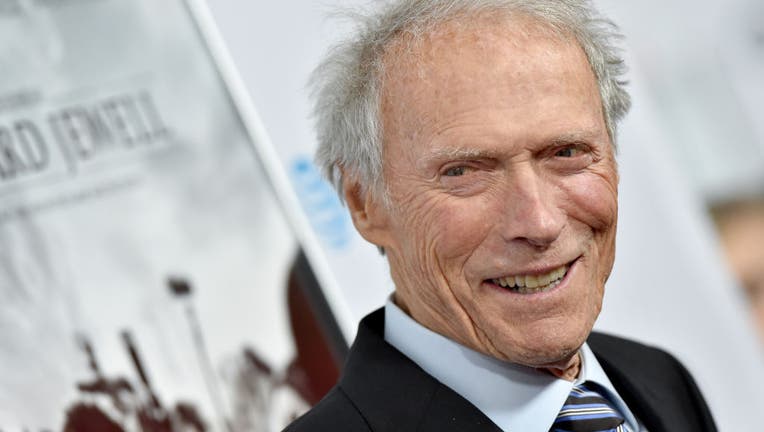 Do you feel lucky? You should.

Clint Eastwood turns 91 on May 31 and Tubi has a collection of his films that are free-to-stream — giving you the perfect way to celebrate his birthday.

Born in San Francisco in 1930, Eastwood’s decorated career dates back to the 1950s. In all, Eastwood has won 13 Academy Awards, eight Golden Globes and one BAFTA Award.

He’s the actor who gave us The Man with No Name in Sergio Leone's trilogy of spaghetti westerns: "A Fistful of Dollars," "For a Few Dollars More" and "The Good, the Bad and the Ugly."

Here’s a list of some other Eastwood films you can expect to find on Tubi, too.

Heartbreak Ridge: Clint Eastwood stars as a stoic U.S. Marine Sergeant with a failed marriage whose tough love with his platoon becomes crucial when they go to war.

Blood Work: After undergoing heart transplant surgery, a retired FBI director is hired to investigate the murder of the woman who donated the organ he received.

True Crime: Working against the clock, a troubled investigative reporter is the only thing standing between a wrongly convicted prisoner and his death sentence.

Tightrope: Clint Eastwood’s bold turn as a detective searching New Orleans for a serial sex killer while his own past escorts-for-hire are being found dead, too.

The Bridges of Madison County: Clint Eastwood and Meryl Streep spark in the passionate tale of a traveling photographer’s momentous affair with an Italian immigrant wife in 1965.

The Dead Pool: The police inspector known as Dirty Harry has become a celebrity, but a serial killer is taking out celebrities, and he could be next on the list.

Dirty Harry: When a San Francisco cop is assigned to pay extortion money to a serial killer, the payoff goes wrong, and the life of a 14-year-old girl is at stake.

Absolute Power: One final heist for a career thief leads to the discovery of an extra-marital affair, murder, and cover-up inside the apex of government power.

J. Edgar: An A-list cast and crew render the story of the public and private life of the powerful, controversial FBI director and his immense impact on America.

Clint Eastwood: Star Power: Get to know the legendary actor, who grew up during the Great Depression, and made his way to become one of the biggest stars in the world.

Clint Eastwood: Steele Gaze: The American actor came to fame in the Western TV series Rawhide, which began an unprecedented career run as a performer, producer, and director.

RELATED: Get your fill of nostalgic TV classics on Tubi

Tubi is an ad-supported video-on-demand service with a massive library of 30,000 movies and television shows that are free to stream for viewers. The platform is currently available in the U.S., Canada, Australia and Mexico.

This station is owned by the FOX Corporation. This story was reported from Atlanta.