At a press conference, the city's mayor, its police chief and a slew of others outlined Comeback - a quick response team aimed at assisting those who have found themselves in the middle of the opioid epidemic.

"This problem cannot be solved by locking people up and throwing away the key," said Linda Davis, the executive director of Families Against Narcotics (FAN).

For Davis and those in attendance, the solution to the country's addiction epidemic doesn't lie in punishment via imprisonment, but treatment through resources and rehab.

"If you don't get them treatment, they're going to overdose again. They're going to commit crimes again," said Sterling Heights Police Chief Dale Dwojakowski. "This is a no-brainer."

A nonprofit announced Monday a new plan to offer respite for people addicted to opioids. Working in conjunction with Sterling Heights police, people who overdose will be offered help the same day emergency responders see them.

The no-brainer idea was first thought up after FAN received a $90,000 grant from the federal government. Davis said the nonprofit started working on the idea of Comeback only days after she got the call about the money.

How the program will work is Sterling Heights Police and the Macomb County Prosecutors Office will make house calls to those who have overdosed. It's similar to the Hope Not Handcuffs program that was launched years earlier - which allows any addict to walk into a police station and ask for help. So far, 3,800 people have found assistance.

"Now we are taking this on the road - Hope Not Handcuffs to your house. And we're going to do a door knock and we're going say 'hey are you ok?'" said Dwojakowski.

The door knock is phase one of the program and will come 72 hours after an overdose. Along with the visit will be a peer recovery coach, a nurse and a specially-trained police officer who will offer treatment and support all on the same day.

"The old way, you treat people like animals, lock them up in cages and say you know, 'get better.' That's not gonna work anymore," said Sterling Heights Mayor Michael Taylor.

Phase two will factor in the prosecutor's office by making contact with a person arrested for simple possession of narcotics.

"Were gonna do this and we're gonna do everything we can to stop putting these people behind bars, stop taking up our jail space, and try and get help," said Macomb County Prosecutor Eric Smith. 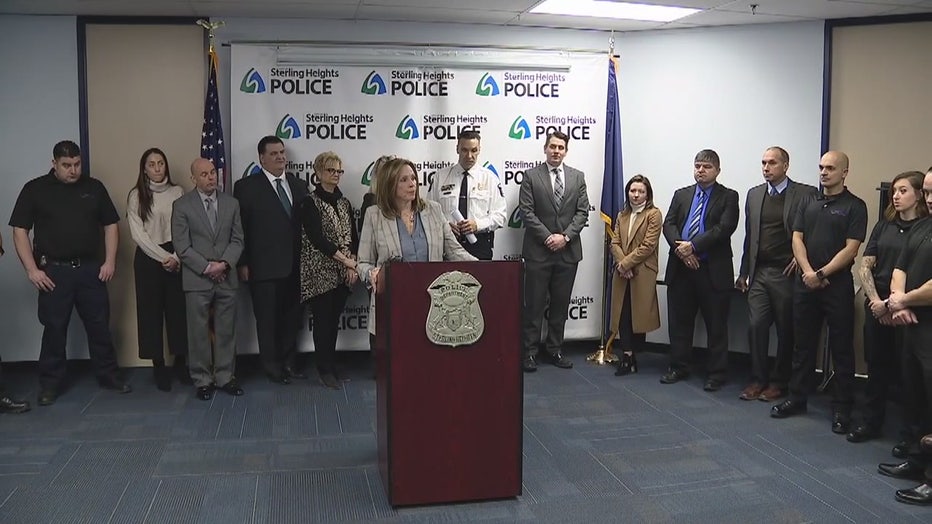 For any addicts interested in treatment, they'll be offered resources and can have arrangements made to be immediately placed into rehab. If they work to get into recovery, prosecutors will give them the opportunity for a deferred sentence.

Davis wants to see the program grow across the state.

"We want to help you start living the life that you were meant to live," she said.