DETROIT (FOX 2) - Congresswoman Rashida Tlaib told Chief James Craig on Monday that analysts who work with the facial recognition software should be African-American only.

It is something Tlaib, a lawyer, later told FOX 2 wouldn't even be legal to hire someone solely on race.

Craig responded in that video saying, "I trust people who are trained. Regardless of race, regardless of gender."

"I think they are racist, I don't know (if) we can call it what we want," Craig said Wednesday.

Chief James Craig is not mincing words after showing how the hotly debated facial recognition technology works to the congresswoman who has been adamantly against it.

Her concerns are regarding the reliability in identifying people of color.

"The facial recognition software is racist in itself," Tlaib said.

The Detroit News was rolling when Tlaib said analysts who work to identify potential criminals with the software should be African American…not, non-African American.

"It's a double standard," Craig said. "Certainly as the police chief of this city, if I had made a similar comment, people would be outraged and they would be calling for my resignation." 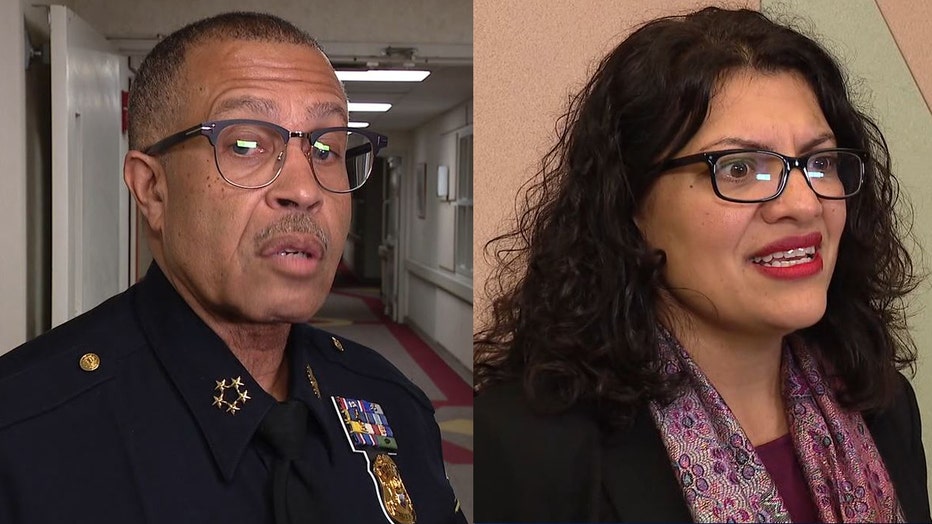 FOX 2: "Do you wish you would have said it differently?"

"I'm trying to say it needs to be reflective and if you look at the video I think you can see I'm trying to respectfully disagree," Tlaib said.

Tlaib cited several studies for support on how people of one race identify another.

FOX 2: "The science says that black analysts should be hired?"

"No," she said. "It says there are mistaken people that cannot identify African-Americans, no, no, no, it's okay, we aren't going to get into an argument about this.

"Please ask African-Americans in my district."

Craig says the software is one tool for investigators and although it isn't 100 percent accurate, trained analysts fill in the gaps.

"I'm not even going to try and understand why the comments were made," Craig said. "Let's just simply say it was improper, it wasn't right and we should be talking about other things."

Tlaib says many of her constituents are against facial recognition - that's why she has been so outspoken. She is actually behind two bills to ban the technology and prevent the cameras from going into public housing.