A road rage incident in Sterling Heights escalated, with two men shooting up a minivan with a BB gun.

STERLING HEIGHTS, Mich (FOX 2) - Police said a driver was weaving out of traffic before a road rage shooting Wednesday night in Sterling Heights.

A driver in a Saturn was cutting off vehicles on M-53. The man in the Saturn gave a driver in a Chrysler minivan the middle finger. The two vehicles then crashed into each other on Van Dyke near 17 Mile around 7:30 p.m.

"Driver and passenger of the white Saturn started giving the other driver the middle finger, and it escalated from there," said Lt. Mario Bastianelli, with Sterling Heights police.

When the minivan driver pulled over, someone in the Saturn started shooting at the vehicle. 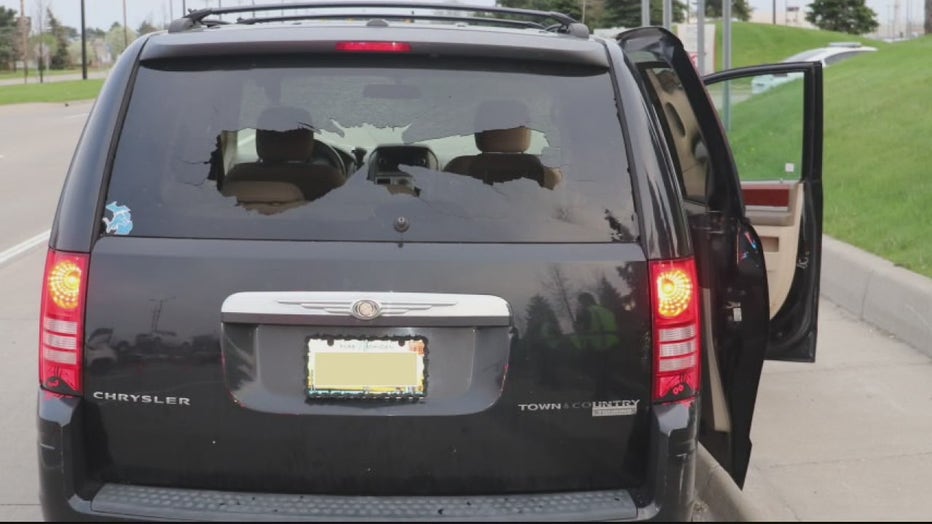 "Don't take matters in your own hands. You're going to end up getting hurt or somebody else injured because you're in a dispute with somebody while driving. It's not worth it," Bastianelli said.

Police found the Saturn at Van Dyke and 16 ½ Mile Road and arrested an 18-year-old man and a 23-year-old man, who are from Detroit and Warren.

"They located two hands guns in the vehicle, one being a high power BB gun and the other being a 9 mm," Bastianelli said.

Bastianelli said the BB gun was used to shoot at the minivan.