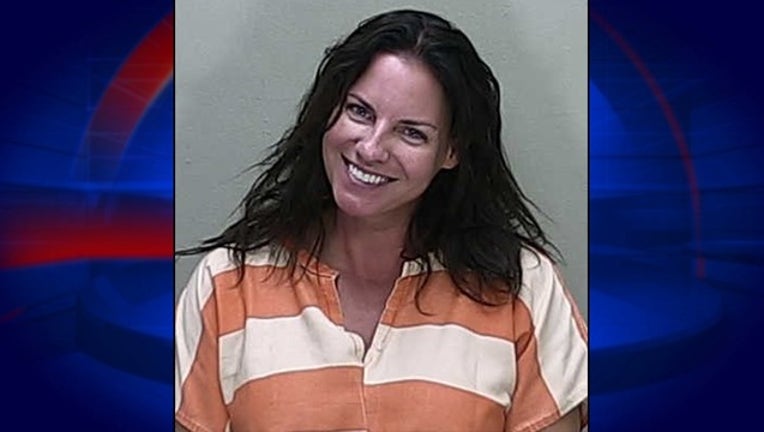 OCALA, Fla. (FOX 35 WOFL) - A Florida woman sparked a fury after she was photographed smiling ear-to-ear in her mugshot following a drunk driving crash, the Florida Highway Patrol said.

Angenette Welk, 44, of Ocala, was arrested on May 10 and faces several charges, including driving while under the influence, following a crash that happened in the middle of the day.

Welk was driving down U.S. Highway 27 in Marion County when troopers with the FHP said she failed to brake in time, rear-ending a Hyundai Elantra that then slammed into a tractor-trailer stopped in front of it.

Two people were transported to Ocala Regional Medical Center due to injuries sustained from the crash. The driver of the tractor-trailer suffered no injuries.

Welk was taken to the Marion County Jail for DUI and was later charged with one count of DUI Serious bodily injury and two counts of DUI with property damage.