Public service commissioners intent on getting the public’s thoughts on DTE's proposal to raise an additional $388 million through rate increases.

DETROIT (FOX 2) - As inflation runs roughshod across the country, DTE Energy is proposing a rate hike - and Monday night provided a chance for the public to have a say.

And about 250 people wanted the three members of the Public Service Commission to know exactly how they felt on the campus of Wayne County Community College.

"I’ve been dealing with the influx of high energy costs that are nowhere near affordable." said one woman.

The public service commissioners were intent on getting the public’s thoughts on DTE’s proposal to raise an additional $388 million through rate increases.

"You can’t keep giving them rate increases and they are not doing what they are supposed to do," another woman said.

The proposed increase breaks down to an additional $10.31 per month - if the commission signs off. DTE says the money is needed to improve infrastructure.

"It’s important that we upgrade the system so there won’t be as many power outages, and as the Public Service Commission you can keep an eye on it," another person said.

"We have big plans and their investment in the grid is critical to us in order to fulfill those plans and from that perspective I’m actually in favor of the rate increase," a man said.

DTE says its in full support of the process issuing this statement which reads in part: "When new rates are approved by the commission it will be nearly three years since the last base rate increase. The affordability of our service is a priority for us. Currently, DTE customers’ bills are below the national average and that remains our goal."

"I’m asking that you deny this rate increase and let DTE figure it out from the inside," said someone there.

"The stock price is going up when our economy is in a recession," said another.

And others like Congresswoman Rashida Tlaib is asking the Public Service Commission to remember where they fit in this equation.

"You serve us, the public, just remember that because the corporations will always put the shareholders first," Tlaib said.

No final decisions were made today.. in fact the commission simply listened to the public without responding.

The Public Service Commission has until mid-November to approve or deny DTE’s proposed rate increase. If there is no decision by then, by law DTE will get what it wants. 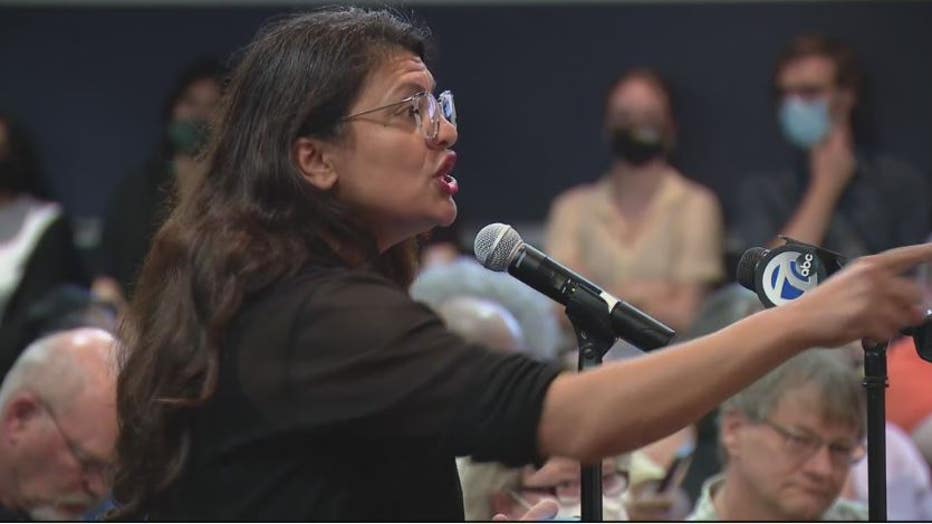 Congresswoman Rashida Tlaib made an impassioned plea to the Public Service Commission against green-lighting the DTE rate hike request.