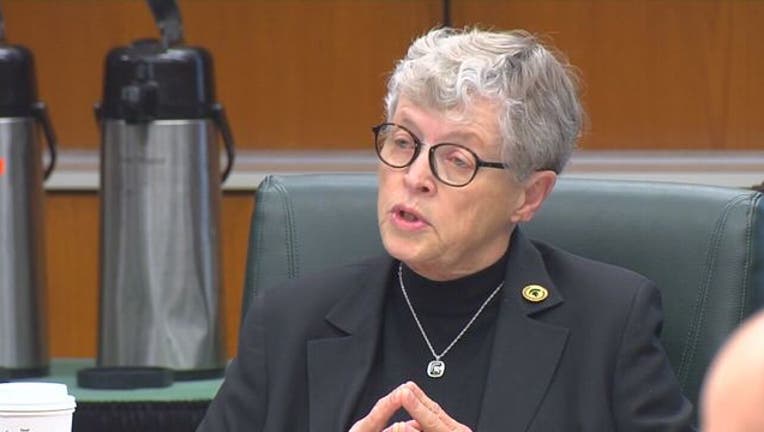 She's accused of lying to police during the criminal investigation into Larry Nassar. The 71-year-old is facing four charges, two of which are felonies. The other two are misdemeanors.

WATCH LIVE: You can watch a livestream of her court hearing on FOX 2 News Now live on our Facebook page here.

According to prosecutors, Simon told police she was not aware of allegations against the disgraced gymnastics doctor. But police claim there is documented proof she knew about his behavior back in 2014.

Simon resigned as president at MSU on Jan. 24, 2018 - the same day Nassar was sentenced to 40 to 175 years in Ingham County for sexual abuse. Since then, MSU is on its second interim university president.

Its first choice, former governor John Engler resigned last month following criticism of remarks he made, in which he told The Detroit News that Nassar's victims had been in the "spotlight" and are "still enjoying that moment at times, you know, the awards and recognition."

The school's board of trustees accepted his resignation and then appointed Dr. Satish Udpa as their new leader.