FOX 2 - While the US Congress debates the second round of stimulus checks for some Americans, those currently in prison are just now deemed eligible for a $1,200 stimulus check of their own.

"This is a relief not only for those in prison but also their communities suffering in the pandemic," said attorney Yaman Salahi from Lieff Cabraser, Heimann & Bernstein. "And that money is going to be a boon for the economy as well. Because they are going to spend that money in the economy in prison commissaries, phone calls, paying for postage, it doesn't just sit there."

While the US Congress debates the second round of stimulus checks for some Americans, those currently in prison are just now deemed eligible for a $1,200 stimulus check of their own.

A ruling in a federal court came down last week which gives the 35,000 prisoners in Michigan the ability to apply for the free money.

"I believe the vast majority if not all the prisoners, would qualify under the regulations that I've seen," said Chris Gautz, Michigan Dept. of Corrections.

The lawsuit was filed in August out in California after roughly $1 million federal dollars were sent to 85,000 prisoners. But, according to the lawyers behind the suit, the IRS asked for the money back saying prisoners were not eligible for the money.

"And to this day there is not really an explanation for why they originally thought that people were eligible and then decided they weren't," said Salahi.

During court, the IRS did argue that prisoners are more likely to fall victim to fraud.

"People in prison have no idea what's being done in the outside world and using their Social Security Numbers to falsely claim earned income tax credits or other sorts of tax refunds," said Salahi.

Ultimately, the court ruled that doesn't happen enough to refuse them access to the care relief package.

"Michigan is not a part of this lawsuit. all we are doing is sharing information that the IRS is giving to us," Gautz said.

Starting last Thursday Michigan prisoners had access to forms to apply for up to $1,200.

"A lot of our prisoners come from lower-income families so if they chose to do so, they could send that money home to help out their family and who then spend it the local economy," Gautz said.

There is a slight catch for those incarcerated, however. Half of that money could go to the Michigan Department of Corrections. 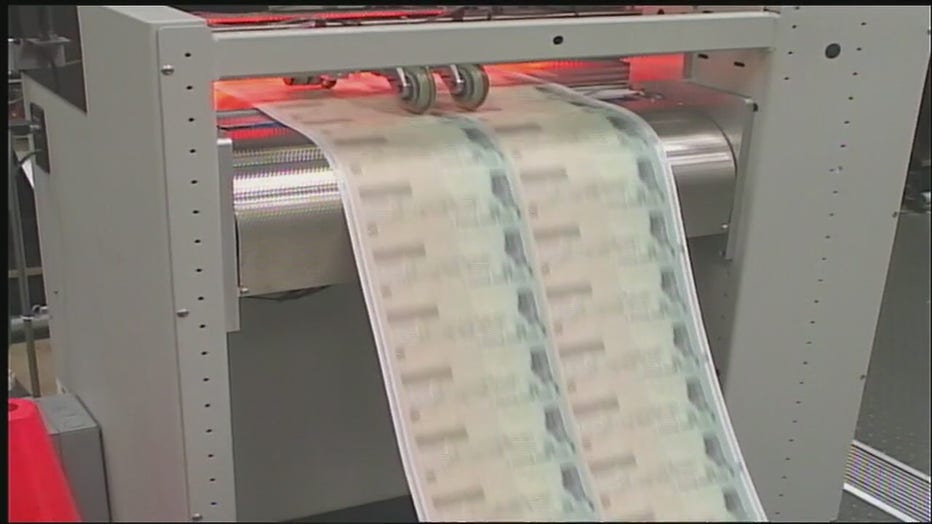 The prisoners have until Nov. 4th to apply for the money.