There's a new exhibit at the Henry Ford Museum that should entice any age group - those who love classic cars, those who love 80s movies, and any other Ferris Bueller buffs.

(FOX 2) - Everyone who's seen the movie remembers the first shot of the car.

"The 1961 Ferrari 250GT California. Less than a hundred were made," he says. "My father spent three years restoring this car. It is his love; it is his passion."

And now it's in the Henry Ford Museum as their newest exbibit.

Perhaps less than a hundred were made, but only three were constructed for Ferris Bueller's Day Off in which a teenager blows off school with his friend and girlfriend to see the sights of Chicago. None of the convertibles seen in the movie are actual Ferraris since the movie producers decided against destroying a $100,000 car.

Two of the models made for the movie were used in close-up shots while the third, considered the ‘hero car’ was used in the wide shots as well as a stunt scene. 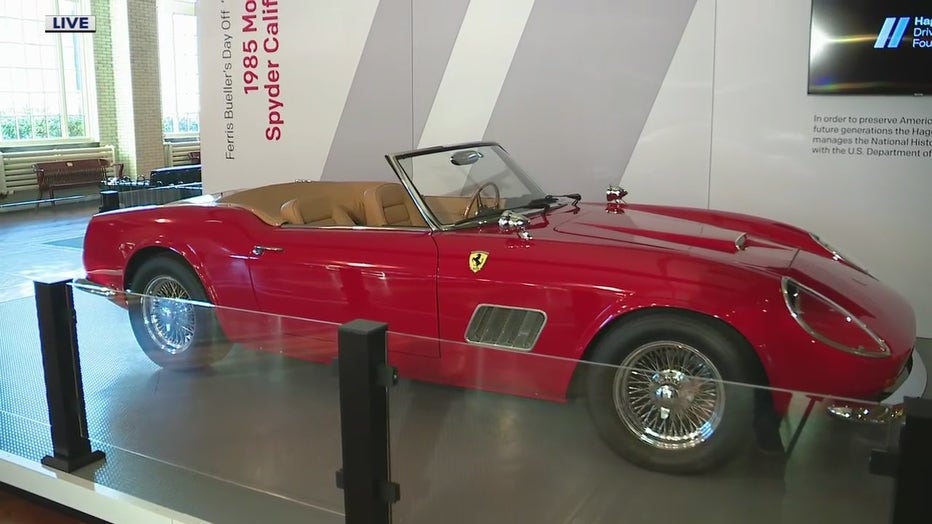 Replica of Ferrari that was used in Ferris Bueller's Day Off.

"There's not many pop culture cars in the museum," said Matt Anderson, the curator of transportation at the museum.

The car was provided to the museum as part of a partnership that the Henry Ford has with the Hagerty Drivers Foundation, a big player in historic and culturally-significant automobiles.