Calls started coming in about the fire at Country Smoke House on Van Dyke in Almont Township around midnight. It's not known yet what caused the fire or how much damage has been done.

A devastating fire tore through the main building of the Country Smoke House overnight.

Firefighters from six departments extinguished the fire in about two hours.

Many know the facility as the place with the giant cow out front. People come for the weekend barbecue, jerky, smoked meats and other custom processings. The facility employs nearly 90 people. 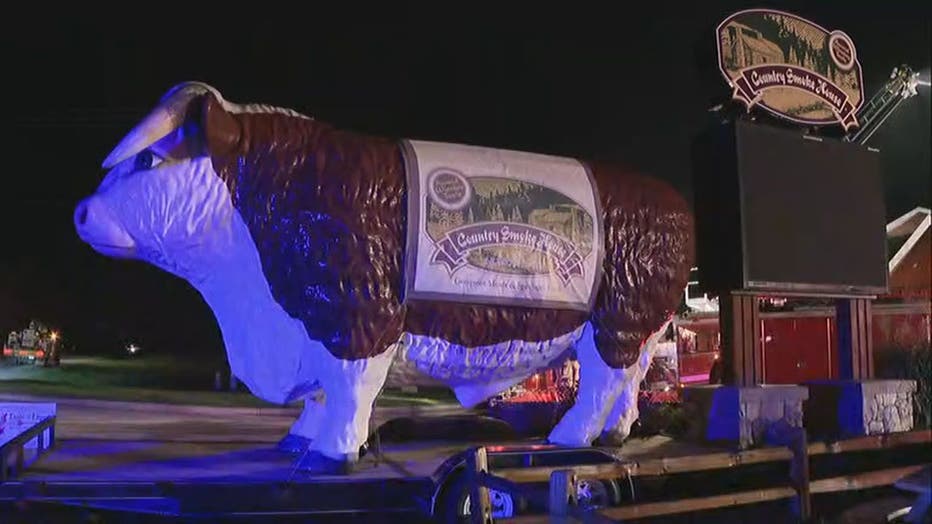 "Thirty years of my life. People coming here, regulars, Christmas dinners, Thanksgiving dinners - where are these people going to buy their product from?" owner Steve Francis told us.

He and his wife also shared that their family has been going through a rough time the past few days.

"I had a heart attack last week Tuesday, almost didn't make it. My dad died Friday, and now this," Steve said.

"Pretty devastating, been a rough 10 days for us," Suzanne said.

Investigators were waiting for daylight to assess how much damage was done. It appears right now the fire only affected the back of the main building. The store, which sits in a new addition, doesn't appear to be damaged.

The owners say they plan to rebuild.

'Rough 10 days for us': Owners of Country Smoke House devastated after fire

The owners of Country Smoke House say their family has been through death and health problems in the last 10 days, and now they must cope with a fire at their livelihood.