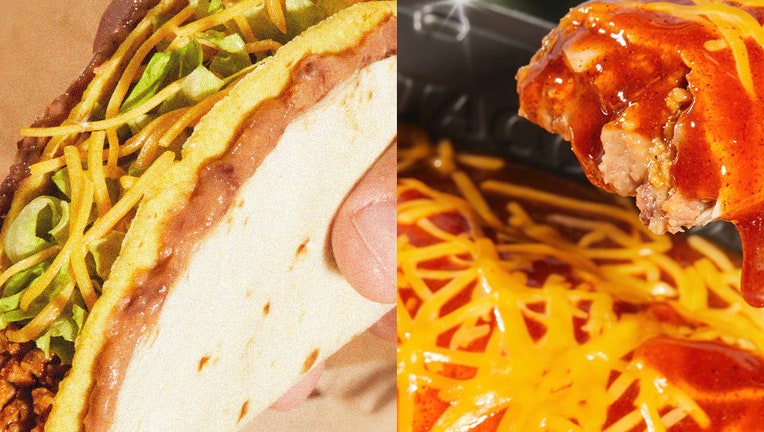 IRVINE, Calif. - After bringing back the Mexican Pizza, Taco Bell is now deciding whether the Double Decker Taco or the Enchirito should return.

The fast-food chain has launched a contest for customers to vote on which discontinued food item should be added back to the menu.

Voting ends October 6, and the winner will be announced on October 7.

"One is handheld, the other is jaw-dropping," the company said on its website.

The website said the Double Decker Taco first made its menu debut in 1995 but was discontinued in 2019.

The company described the taco as a "hybrid taco is made up of a soft flour tortilla layered with beans, then wrapped around a traditional crunchy taco shell filled with seasoned beef, crispy lettuce, and cheddar cheese."

Man to eat Taco Bell for 30 days for health experiment

Sam Reid talks with FOX Television Stations about his health experiment and love for Taco Bell.

"The Enchirito is made up of a soft flour tortilla, loaded with seasoned beef, beans and diced onions all rolled up and smothered with its classic red sauce before being topped with melted shredded cheddar cheese," the company said.

In order to vote, participants must download the app.

"On the heels of the love and passion we saw for Mexican Pizza, we wanted to continue elevating the voices of our most loyal fans by giving them exclusive access to a uniquely digital experience that fosters brand love," Sean Tresvant, Taco Bell's Chief Brand Officer, said in a news release.

Daniel Miller contributed to this report. This story was reported from Los Angeles.