The flavored vaping ban started Wednesday but companies like the Vapor Shoppe in Ferndale have 14 days’ grace period to clear the product off the shelf.

FOX 2 - The flavored vaping ban started Wednesday but companies like the Vapor Shoppe in Ferndale have 14 days’ grace period to clear the product off the shelf.

After that, offenders could be sent to jail.  The flavors are endless - "Granny's pie peach cobbler" to "Mango apple juice” and in the eyes of Gov. Gretchen Whitmer too enticing to kids.

As of now, the flavors are banned from sale in Michigan no matter how old you are, or if they contain nicotine.

"I agree with her that stuff like that needs to go away, but banning it seems a little harsh," sa

Bacho has been in the vape business for six years. He owns the Vapor Shoppe with nine locations around metro Detroit.

"Kids have been getting their hands on it. We don't know how, not coming from us, but there are some bad actors out there," Bacho said. "And I do understand what the governor is doing."

Without a doubt, he says business will take a hit.

"Sixty to 70 percent of our business will be gone," he said. 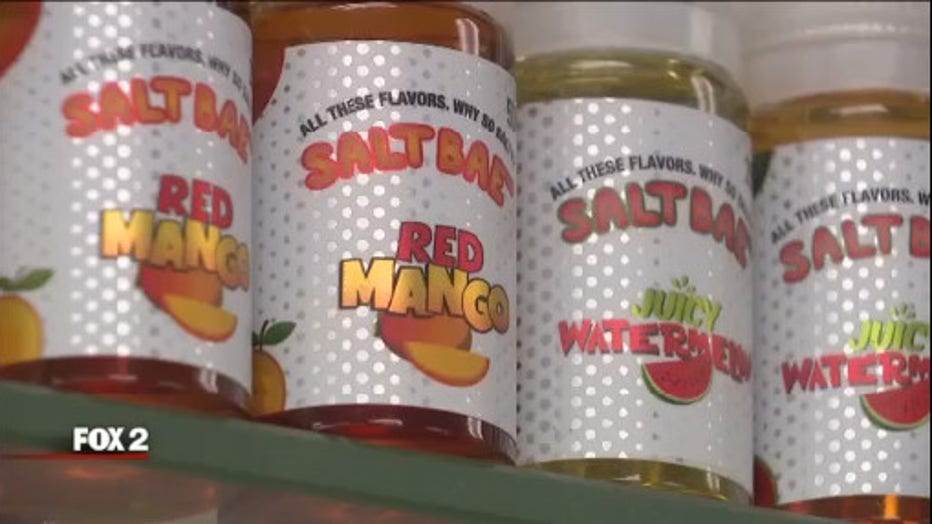 The governor took this action after the department of health and human services presented her with some alarming statistics.

While they are targeting businesses, they are also looking to prevent a black market.  So anyone found transporting any quantity of flavored e-cigs may be arrested. Anyone who violates the ban can be charged with a misdemeanor with the maximum being six months in jail and a $200 fine.

For those who are looking for an alternative to smoking cigarettes there will still be a product available.

"Vaping will still be around, but the customer will only be able to buy tobacco flavored products," Bacho said.

The governor's ban is in effect for 180 days but can be extended for six months. The department of Health and Human Services would like to see the ban become permanent.